The seventh edition of the 510 hp Porsche 911 GT3 can now also be ordered with the equipment package known from its predecessor. 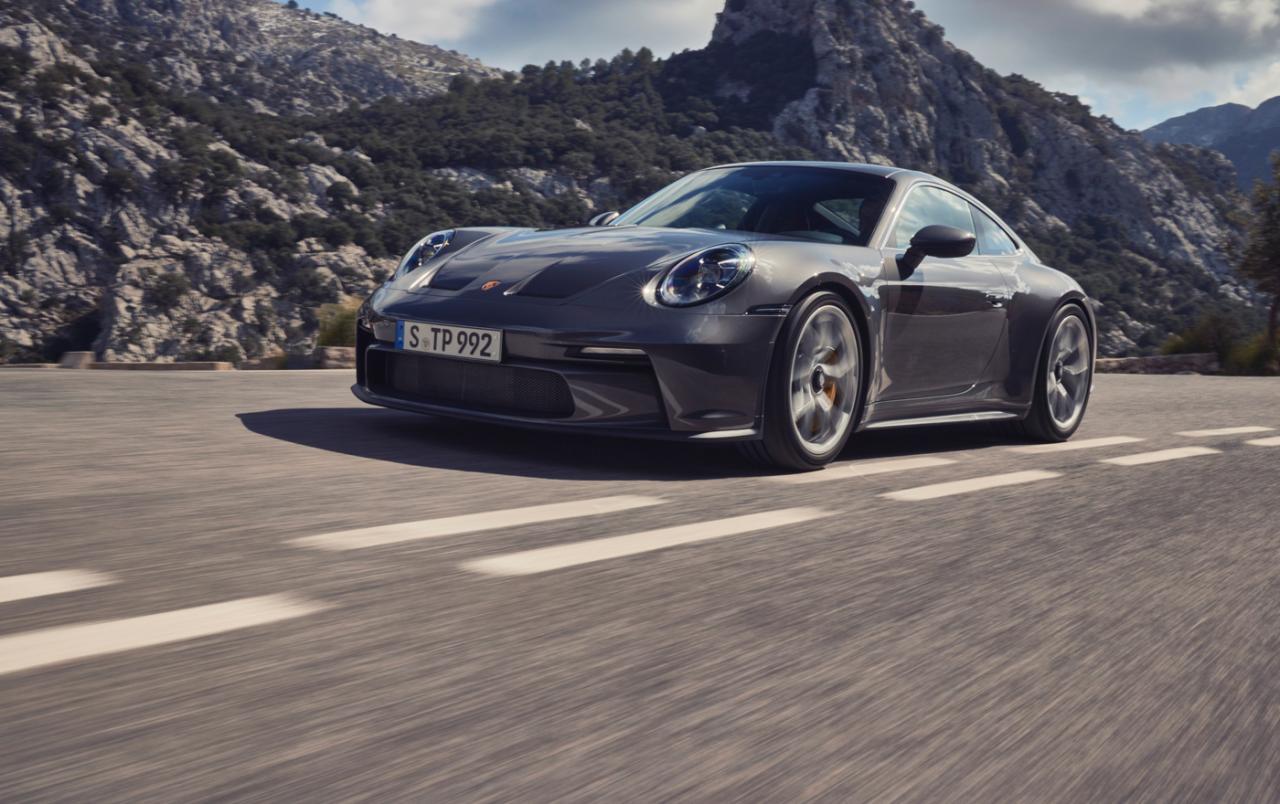 And with the introduction of the Porsche 911 GT3 Touring, you can now do it all without the “show” – wings, vents, and so on. This is the second time that Porsche has offered a touring version of its GT3 model. The previous 991.2 was already available with this package. And just like its predecessor, the 992 comes with all the power of the GT3, but with a more restrained style.

The biggest visual difference between the traditional 911 GT3 and the touring model is the rear wing, or rather the lack of it. Because instead of the oversized static wing, an automatically extending rear spoiler was chosen.

The front apron receives an adapted radiator grille, the window surrounds are now silver, the exhaust is silver-colored as standard (optionally also black satined) and there is an elegant GT3 Touring emblem on the rear bumper.

The 20 and 21-inch wheels of the normal GT3 are taken over, as are the extensive options for exterior paintwork and leather upholstery. Only now does the Touring model come standard with upgraded appointments with black leather for the upper part of the dashboard and a handful of alternative color options for the lower part.

Back to Germany: The GT3 Touring will go on sale this year. The package (the price of which Porsche has not yet revealed) can simply be ordered in addition to the normal GT3. This costs at least 170,969 euros.