After the slow start of production, it seems that Tesla has begun to put the lines of Model 3 into operation . In recent months, the Californian builder has produced only a few hundred specimens, calibrating the production processes in view of the increase in volumes expected in conjunction with the first deliveries to customers. According to the latest rumors, however, it seems that finally the line operation has been developed, thus allowing to raise the number of compact units built each day at the Fremont factory. 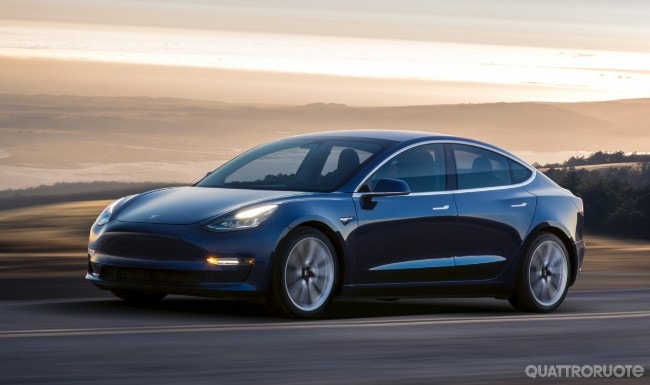 Customers arrive. As announced, the first models of Model 3 delivered in July, August and September were mainly assigned to employees of the House, so they could be tested and corrected for any defects before the system was set up. For example, in those built in July, replacement of battery packs and correction of some welds was necessary, while the Model 3produced in August has changed the grounding of the electrical system.

Towards new records. Among the reasons that might have led Tesla to accelerate the production of the sedan would also be the search for a new record of deliveries. In the third quarter of 2017, it appears that the company has delivered the most cars ever: Much of the merit goes to Model S and Model X, but, according to the latest estimates, Model 3 would have contributed for about a thousand unit. This primacy, however, is about to be broken short: further increasing the production of the three compact volumes, the Palo Alto brand could reach a historic milestone in the last quarter of this year. MM