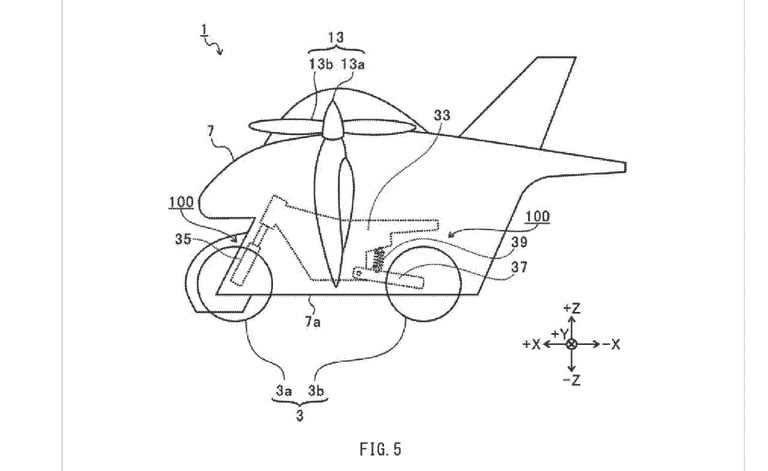 Yes, you read that right. Subaru broadens its horizons and now patents what could be a flying motorcycle.

As if it were science fiction, this concept arrives, which already had a couple of years of development (the first patents date from mid-2019).

We might think that this is a joke, since the drawings show what appears to be a short and low plane mounted on a motorcycle, however, it is the second patent that has been applied for.

In the drawings we can see a pair of tires, some propeller, ailerons and stabilizers. With this configuration, this new product can take off vertically (VTOL), and unfold the wings and wheels when necessary.

In “ground” mode, the wings fold and fold together with the body; when taking off, they are fully extended. When taking height, the wheels are retracted and stored in the fuselage. Each wheel is attached to the set as it would on a conventional motorcycle with its own suspension.

It also has a combustion engine to drive the drive tire and an electric generator to handle the propeller motors. For the steering system, on the ground it is similar to that of a motorcycle.

In flight mode, more mechanisms are required to guide this flying vehicle, such as controllers, a steering-by-wire system, and foot-operated controls.

There is no certainty that this prototype will be produced, perhaps it is just some design exercise to prove that Subaru technologies, used in helicopters and airplanes, can be affordable for more people.

By Cheryl Chernobyl
In Subaru