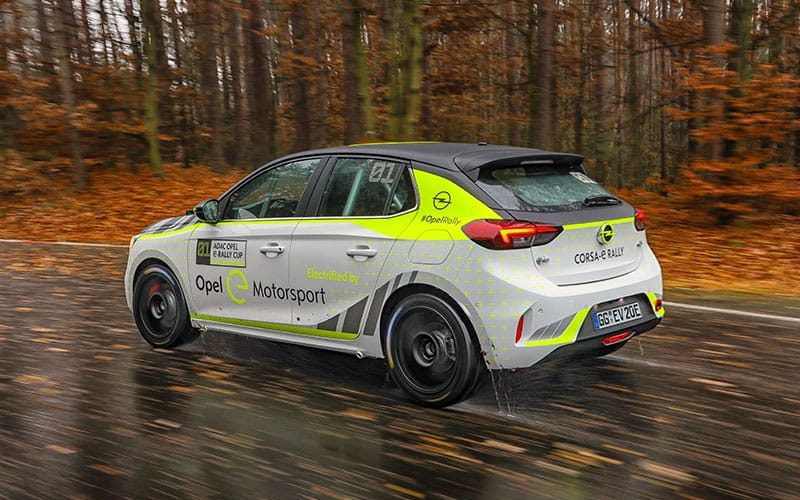 Opel continues with preparations for the launch of its first electric rally car, the Corsa-e Rally . This vehicle will debut next month in the ADAC Opel e-Rally Cup, a one-make cup whose first season will cover a total of eight events (half of them included in the German Rally Championship).

Registrations opened on January 15, 2021, while the first race will take place on May 7 and 8 . The inaugural season, which had to be postponed for a year due to the COVID-19 pandemic, will be of significant importance in the world of motorsports, as it will be the starting gun for the first single-brand rally cup in which 100 models will be competed. % electrical.

The Opel Corsa-e Rally, which has been developed in collaboration with former Opel Motorsport driver Marijan Griebel, derives from the well-known street Opel Corsa-e manufactured in Figueruelas (Zaragoza). The utility is adapted to the R2 regulation and maintains its original 136 hp (100 kW) and 260 Nm engine , as well as its 50 kWh battery pack. In addition, it adds elements such as a Torsen differential and widened axles.

On the other hand, Opel has confirmed that it has developed a special sound system that will allow spectators and stewards to hear when cars are approaching. This is because the German Automobile Federation requires rally cars to be heard for safety reasons, alerting fans to their presence. 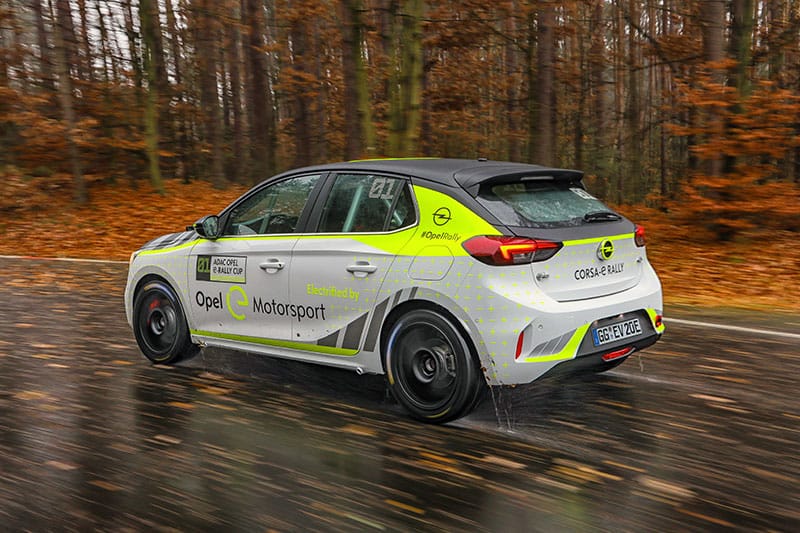 The hardware of this system is composed of two speakers used in the world of diving , which have been placed in the front and rear of the vehicle. Each one has a power of 400 watts, and they are powered by an amplifier that receives the signals from its own switchboard.

The sound will vary with revs, making skidding audible for example. Opel engineers have taken several months to fine-tune the final sound pattern. The volume can be adjusted to two levels : when driving on public roads and on junction sections, the silent mode is used, while on special ones the volume is amplified.

“We did not want to simply simulate the sound of a combustion engine, but to create a unique electrical sound that would suit this project. We are satisfied with the result and are convinced that the sound will also excite the fans gathered throughout the stages, albeit deliberately very different from that of a combustion engine rally car, ” explains Opel Motorsport Director Jörg Schrott .