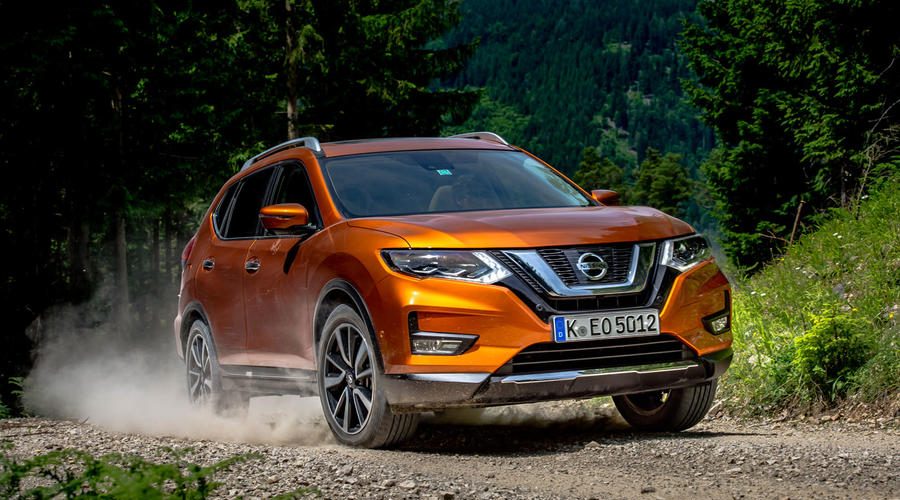 It is not easy to stay on top for a long time in such a competitive segment. That is why Nissan submitted the X-Trail ten days ago to an intense update , knowing that rivals of the caliber of the Skoda Kodiaq or the Volkswagen Tiguan Allspace were arriving.

His update was more ‘decorous’ and stylist than anything else, but effective. There were no changes, for example, in the dynamic and motor aspect, which hold the stake of newcomers as they can.

The X-Trail takes out its chest in what it has always done well. His country skills are superior to the average of what his rivals offer. It is true that, like almost all, it has variants with front-wheel drive, but those that carry the 4×4-i system embroider it.

To its generous distance to the ground of 210 millimeters it adds an assistant that allows to choose between the 2WD modes -to be more efficient-, Auto -the system distributes the motricity between both axes according to the adherence- and Lock -implies a differential lock central active up to a speed of 40 km / h-. This last function and the 4×4 SUV code tires imply a greater jacket capacity, especially in the delicate bridge crossings. In addition, it incorporates a practical control of descents and a 360º vision very useful to see the obstacles.

That said, the dynamics of our protagonist on asphalt is not as \’round\’ as that of some of his rivals. The 2.0 dCi 177 horsepower engine offers a good performance, but is somewhat ballasted by the Xtronic gearbox, a continuous variator that is a delight in town or in quiet driving, but which is not as pleasant when looking for benefits. And that in its map presents seven relationships, which can be operated sequentially, and a Sport program, but does not avoid that effect \’skidding\’ in abrupt accelerations that increases the sonority.

In addition, the actual consumption is higher -8.0 liters on average during the test – and shows something more noisy. Dynamically it is comfortable, although not as agile as other options, such as the VW Tiguan Allspace, and mixed tires cause longer braking distances: 41 meters need to stop from 100 km / h.

Where it returns to shine with strength is in its endowment of series, and more with the level Tekna that occupies us. The sophisticated Intelligent Protection Shield adds an envelope in terms of comfort, connectivity and security difficult to match by its rivals without going through the menu of options …

The X-Trail may be the best alternative if we look for stronger off-road qualities and demolishing series equipment in relation to what we pay. In addition, it is wide and comfortable, but on asphalt its dynamics and the motor-change set is no longer attractive as in other rivals.