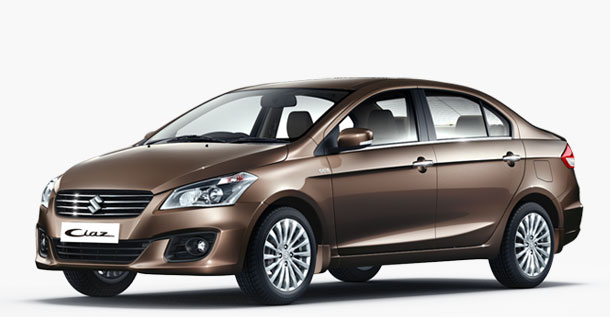 The Japanese based automaker Suzuki has officially introduced its newest model, the Suzuki Ciaz, during the 2015 Bangkok Motor Show, in Thailand, in a local premiere.

Based on the same platform as the SX4 S-Cross, the Suzuki Ciaz is basically the successor to the SX4 Sedan for Asian markets. The sedan is 4,490mm long, 1,730mm wide and 1,475mm tall, ranking at the upper end of the compact segment. In Thailand, the model is offered with with a 1.25-liter four-cylinder petrol engine mated to a standard five-speed manual transmission. There’s also the option of a CVT.

Suzuki’s newest creation is called the Ciaz and this is a compact sedan which has been officially unveiled at the 2015 Bangkok Motor Show. the model in question is already offered for sale in China, as the Suzuki Alivio, and in India, as the Maruti Suzuki Ciaz. This is riding on the same platform as the SX4 S-Cross and it is coming as a replacement for the SX4 Sedan.

The car manufacturer is saying that the new compact model stands at 4,490 mm in length, 1,730 mm in width and 1,475 mm in height. Thailand is said to become the third country where the Ciaz will be produced, after India and China, as this will be put together at Suzuki Thailand’s Rayong plant starting from June. It will be the third model produced there after the Swift and the Celerio.

It remains unknown at this time whether Suzuki will be offering the Ciaz in Europe too. The new Suzuki Ciaz will be taking its power from a 1.24 liter four-cylinder petrol engine, which is connected to a five-speed manual transmission, offered as standard, or to an optional CVT. More details on the brand new Suzuki Ciaz are limited for the moment and will probably be announced over the next few weeks. Meanwhile, you can check it out in the small photo gallery posted below.

By Cheryl Chernobyl
In Suzuki