The Nissan Z is the new sports car from the Japanese manufacturer that will arrive in the spring of 2022 to delight lovers of speed. A video shared on YouTube shows a test vehicle taking off on the streets making use of its 400 horsepower. 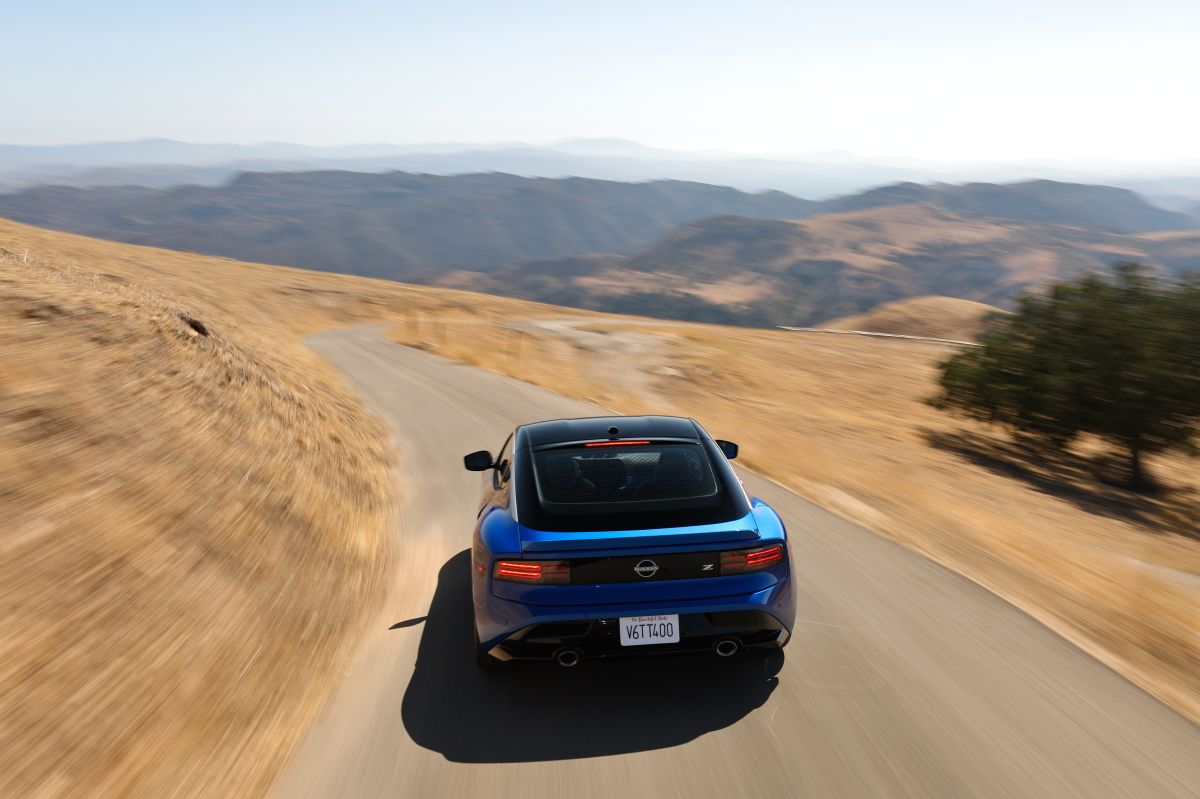 The 2023 Nissan Z may not be brand new, but there is something about it that makes you forget all that. In fact, it’s safe to say that it’s its  400 horsepower , manual transmission , and rear-wheel drive that makes that fact completely forgotten. If that does not convince you, there can be no other reason that it does. Although perhaps by watching the following  video  you can change your mind.

Recently, what appears to be  a pre-production Nissan Z was spotted by Jeff Collins of the YouTube channel Burnt Rubber in downtown Sacramento. For reasons that will become clear a little later, it seemed rather crude; however, that is not so important here. After Collins and his friend  Matt White  gave the Z a little sniff and went through the interior and exterior, the driver of the car appeared.

A sports car that doesn’t ask anyone for anything

Let’s get down to business here; the car clearly struggles for traction a little out of line and the driver aids definitely kicked in. However, once he was connected, he moved seriously. The new Z is powered by the same 400-horsepower 3.0-liter V6 engine found in cars like the Infiniti Q60 Red Sport . It should be noted that the VR30DDTT is almost good enough to redeem Nissan entirely. Yes, even the Sentra.

As for what the Z looked like in the first place, Collins says he and White found it while looking for a place to photograph their cars, coincidentally an Infiniti Q60 and an R35 GTR. Z’s driver explained that he worked for Nissan and drove the car to collect data for the automaker’s engineers.  That’s definitely part of why it looks so tough; the car is a test mule . “At the time we saw the car, the driver was on his lunch break,” Collins said. So yeah, the only reason it was even parked in the first place was because the driver was on hiatus. Talk about a crazy coincidence.

The car sounds like a Q60, obviously, and that means it sounds good. It would have been nice to see a launch on a shifter car; the urge to pull in second gear is uncontrollable. However, this is a good start. And if you keep the score, we now know that the new Z sounds good, looks good, and is priced right .

If this video is really getting you excited about this car, you are not alone. The new Nissan Z is set to hit dealerships in 2022 .