Daimler did not have the success they hoped for when they raised the legendary and exclusive Maybach company from its ashes back in 2002. Its career as an independent brand ended ten years later with an acceptance and sales that never lived up to its expectations. expectations that had marked the mark of the star .

However, at least one artisan bodybuilder sighted a good deal on the exclusive German saloon, turning it into a stately coupe.

It is said that there are less than ten

And is that the bodybuilder Xenatec presented its version of its doors of the legendary Maybach in 2010 and promised to manufacture a maximum number of 100 vehicles . However, they would have already wanted to reach that round figure, because it is said that Xenatec finally barely manufactured ten units, which now become authentic collector\’s items.

Proof of this is the one that right now you have before your eyes, a creature that was commissioned in 2010 by Moammar Gaddafi in a controversial color combination in beige tones . The funny thing about the story is that Xenatec never delivered the vehicle to its owner, who saw his government fall a year later. 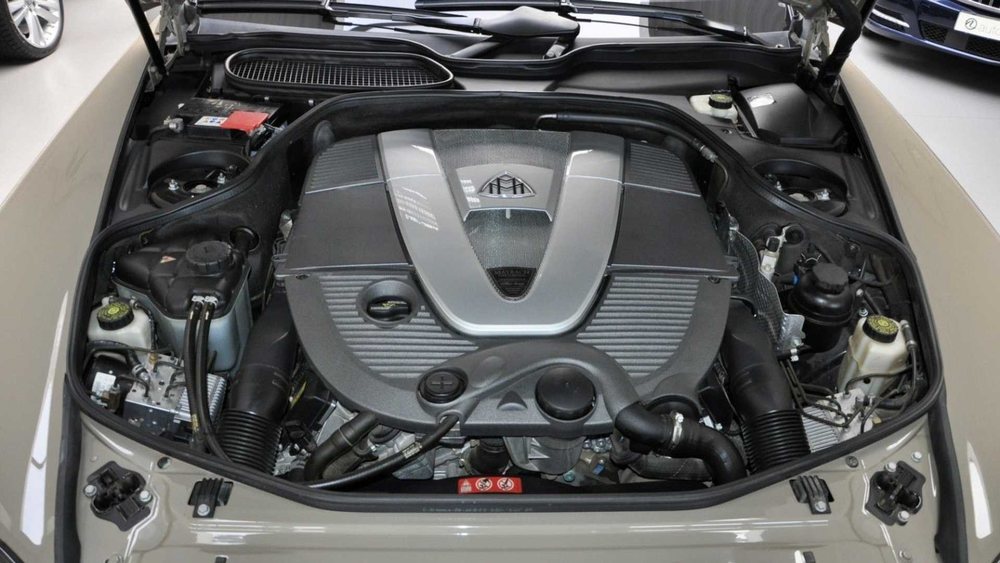 Under its hood is a powerful 6.0 V12 Biturbo capable of generating 630 hp of power and 1,000 Nm of torque, which in this exclusive Maybach has barely traveled 2,300 kilometers.

This allowed the exclusive Autoleitner dealer in the Netherlands to get hold of it. It has barely traveled 2,300 kilometers in all this time and both outside and inside, everything seems as if it had left the factory yesterday. How could it be otherwise, it hides all the details and equipment items that were possible to install ten years ago, from the assisted closing doors, double glazing, electric head restraints, refrigerator … It has absolutely everything.

They ask for almost a million euros

Being based on the S version (the 57 alluded to the 5.7 meter length of its body, in addition to the fact that then there was another 62 version with 6.2 meters long) it hides under its front hood an all-powerful 6.2 V12 Biturbo that is capable of generating 630 CV of power and 1,000 Nm of torque , sent to the rear wheels by means of a six-speed automatic transmission. And although it weighs 2,744 kilos, you can imagine that its performance is magnificent.

Great is its price too, because Autoleitner is asking for a staggering 961,950 euros for this exclusive Maybach (it\’s the fourth made by Xenatec). Undoubtedly a true fortune, especially when this same dealer currently sells a Maybach 57S from 2010 and with 39,000 kilometers loaded with extras and in perfect condition for 279,500 euros. And with the difference (and you still have 57,450 euros left) you can get another wonder that Autoleitner sells, a 2012 Lexus LFA with just 2,000 kilometers.