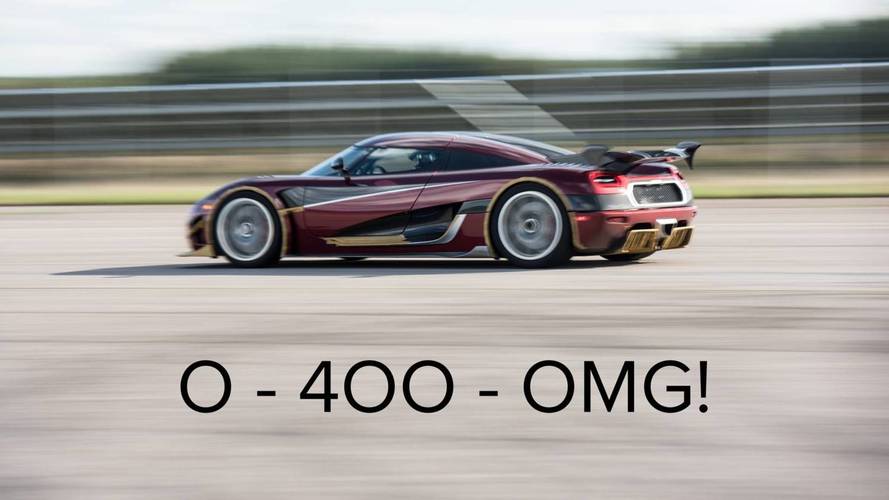 Koenigsegg was really angry. The small Swedish firm has just broken five records at the end of the year, humiliating the way Bugatti and his Chiron. A quick reminder: at the start of the season, Bugatti set the new world record for the 0-400-0 km / h. The Chiron, driven by Juan Pablo Montoya, clocked 41.96 seconds .

A few weeks later, Koenigsegg suggests through a mysterious teaser that he too has come to achieve a great time in this event. The end of the story comes shortly after: the Agera RS crushed the Chiron with a 0-400-0 kph in 36.44 seconds on a Danish airstrip.

Only here we have just learned that this time has just been improved! Indeed, the same Agera RS, still led by pilot Niklas Lilja, finally folded the exercise in 33.29 seconds. This performance was performed on a public road (obviously closed for the occasion) in Nevada, USA, in parallel with other historical records. Which ? That of the kilometer launched the fastest and the mile launched the fastest on public road, for example (average speeds respectively 445.54 km / h and 444.66 km / h). The previous records, both for the kilometer and for the mile launched, had been signed by Mercedes in 1938

The Agera RS also became the world\’s fastest production car on public roads, with a speed of 446.97 km / h (calculated on two passes). It has finally reached a peak of 457.49 km / h, which is also a new record (the precedent was also held by Mercedes since 1938)! Small precision to finish, the used car belongs to a customer. It has a 1MW engine with 1360 hp and Michelin Pilot Sport Cup2 tires.