As part of the announcement of its electric car strategy, Jeep has announced major launches for the coming months and years. One of those that will finally end up arriving in Europe will be an all-electric SUV, the first of its kind in the ranks of Jeep, which we will see in 2023. In fact, we already have some images and a series of interesting details of the new Jeep Avenger, as it has been officially baptized.

It will be a 100% electric small SUV that will be the first of the vehicles to benefit from Stellantis’ new STLA platform. Its official debut is scheduled for October 17 coinciding with the Paris Motor Show 2022. Jeep has gone a step further and confirmed that pre-orders for the new Avenger will open that same day and that the first units will land at dealerships in early 2023.

The 2023 Jeep Avenger will join other company launches in the coming years, such as an OFF-roader called the Jeep Recon, an all-electric Wagoner and another battery-powered SUV. In this way, the American firm intends that half of the cars it sells in the United States in 2030 will be electrified, while in Europe this figure will increase to 100%.

And the new Avenger is the key to achieving such an ambitious goal and the first of a total of four zero-emission vehicles that will hit the European market by 2025. This new model will be assembled in Tychy, poland, along with the new SUVs of Alfa Romeo and Fiat, of which no details are yet known, and will be located below the Jeep Renegade (test) within the product range. 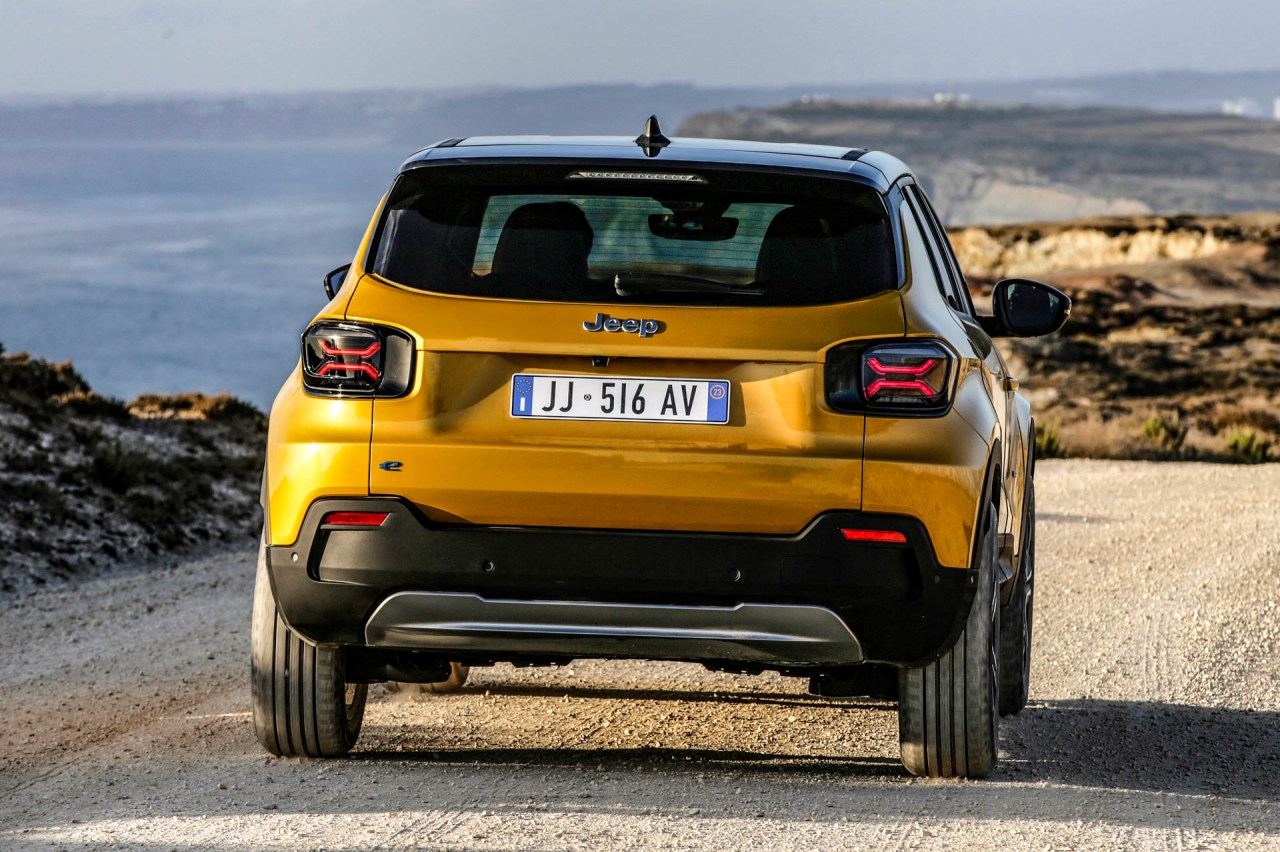 It will be an urban SUV, but it will offer “impressive heights” with respect to “the free height to the ground and ventral and entrance angles”, at the same time that “it offers a modern and technologically advanced interior, with a lot of space for people and cargo”, as jeep explains in a press release.

What the manufacturer has also confirmed is that the new Jeep Avenger will have an approved electric range of 400 kilometers. At the moment, official data about its electric propulsion system is unknown, but Autocar reports that there will be two- and four-wheel drive versions, depending on whether customers choose the version with a 95 hp engine or two. The publication also ensures that there will be a hybrid version, but it will be based on Stellantis’ CMP platform like the one used by the DS 3 Crossback.

“The new Avenger will offer the capacity of the Jeep brand with the right size for the European market,” said Antonella Bruno, Head of Jeep Europe at Stellantis, “This modern, fun and emotional SUV will appeal to a growing group of customers looking for a capable, compact, modern and all-electric Jeep brand alternative to today’s players.”

We will know more details of the new Jeep model next month, when it is officially presented in Paris.

By Cheryl Chernobyl
In Jeep