With the constant expansion of the skills of multinationals and the phenomenal expansion of Chinese Huawei , no one is surprised to learn that this tech giant is now launching into the automotive sector with a new brand and a first model, the Seres SF5 .

Huawei will now be recognized in Canada in an area other than smartphones, its 5G network or the diplomatic scandal between China and Canada that resulted in the arrest of Meng Wanzhou, one of the company’s executives in Vancouver. . 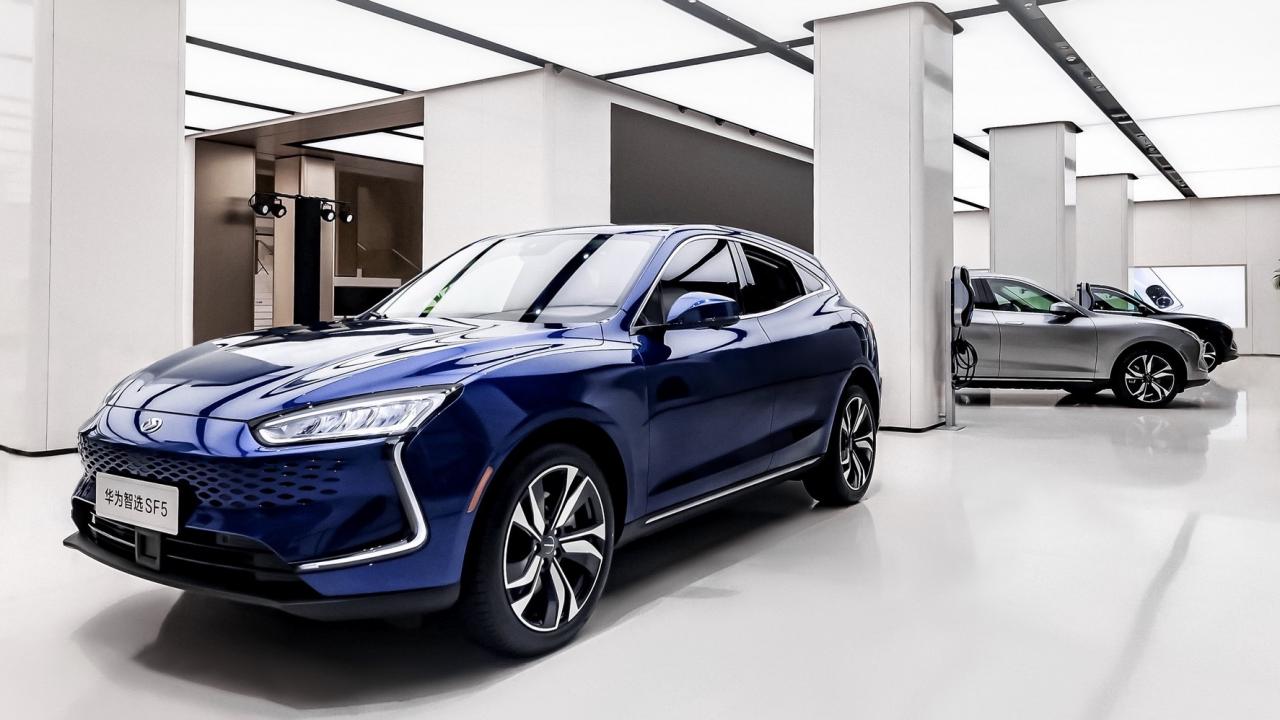 It is naturally within the framework of the Shanghai Auto Show that we discover the Seres SF5. It does not bear the name of Huawei, but it is indeed a new division within the company in partnership with Cyrus. At the moment, it seems that the SF5 is reserved exclusively for the Chinese market. However, depending on Huawei’s international distribution network, it won’t be at all surprising that this crossover crosses Chinese borders sooner rather than later.

In terms of design, unlike many Chinese vehicles, we play with reserve. The whole is modern without falling into the excess and the artifices that we very often see on Chinese products. Purity is the order of the day with interesting accents such as the configuration of the headlights with an LED teardrop or the layout of the radiator grille. In profile, we note that the roof line is quite low and even recalls the shape we see on the Maserati Levante. On the trunk side, it is even simpler with a single light. To locate the vehicle, it measures 4,700 millimeters in length, 1,930 in width and 1,625 in height. In terms of format, it is found in the compact SUV segment.

In the passenger compartment, with the trend for giant screens, it is becoming more and more difficult to be original. This is the case with SF5. Being designed in part by Huawei, not surprisingly, we find a highly technological and very connected universe. Semi-autonomous driving comes on board with a host of innovations like shortwave radar, ultrasonic sensors and, of course, a collection of cameras. However, the manufacturer does not specify the range of the vehicle.

In terms of mechanics, contrary to what one might think at first glance, this is not a strictly electric vehicle. The SF5 has an electric range of around 180 kilometers. Once the energy of the battery is exhausted, we turn to a thermal engine, a technology similar to that of the Chevrolet Volt.

A 1.5 liter engine is integrated which activates a generator and which has no mechanical connection with the wheels. It powers a set of batteries that provide the energy needed for two electric motors, one on each axle. Combined power is impressive at 543 horsepower, and torque is 605 pound-feet. According to Seres, the SF5 will be able to accelerate from 0 to 100 km / hour in just 4.7 seconds.

The commercialization will be rapid. Huawei announces that the first copies will enter certain Huawei stores in China as of next month. As for the price, we’re talking about $ 42,000.

By Cheryl Chernobyl
In Huawei