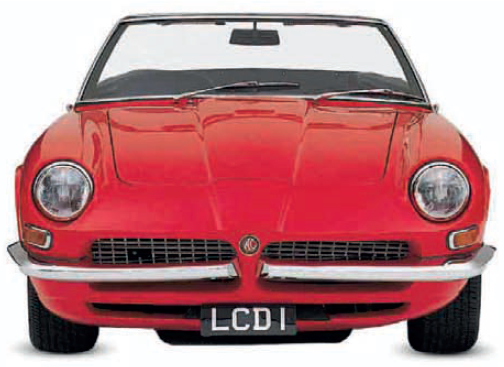 LikeAutomotive ~ THE AC 428 NEEDS A NEW word of its very own—“brutiful” perhaps, for while its brute strength derives from its Cobra forebear, the 428 has a sculpted, stately beauty. This refined bruiser was born of a thoroughbred crossbreed of British engineering, American power, and Italian design. The convertible 428 was first seen at the London Motor Show in October 1965; the first fixed-head car—the so-called fastback—was ready in time for the Geneva Motor Show in March 1966. But production was beset by problems from the start; the first cars were not offered for sale until 1967, and as late as March 1969, only 50 had been built. Part of the problem was that the 428 was priced between the more expensive Italian Ferraris and Maseratis and the cheaper British Astons and Jensens. Small-scale production continued into the 1970s, but its days were numbered and it was finally done for by the fuel crisis of October 1973; the last 428—the 80th—was sold in 1974.

Styled by Pietro Frua in Turin, the AC 428 was available in both convertible and fixed-head fastback form. It was based on an AC Cobra 427 chassis, virtually standard apart from a 6-in (15-cm) increase in wheelbase.

Early cars had aluminum doors and hood; later models were all steel.

The design contains subtle reminders of a number of contemporary cars, not least the Maserati Mistral. This is hardly surprising, since the Mistral was also penned by Pietro Frua.

In an effort to combat engine overheating, later cars have air vents behind the wheels.

The design contains subtle reminders of a number of contemporary cars, not least the Maserati Mistral. This is hardly surprising, since the Mistral was also penned by Pietro Frua.

The top was tucked under a cover which, in early models, was made of metal. When up, the hood made the cockpit feel somewhat claustrophobic, but the plastic rear “window” was generously proportioned.

Switchgear may be scattered around like confetti, but the instruments are grouped clearly in front of the driver. The speedo (far left) reads to an optimistic 180 mph (290 km/h), while the tachometer (far right) reaches 8,000 rpm.

The 428 may have been a refined muscle car, but it was not totally unique; it featured parts from other manufacturers, such as rear lights from Fiat.

Frua is credited with a “Creazione Frua” badge on each side.

By Cheryl Chernobyl
In Old Car