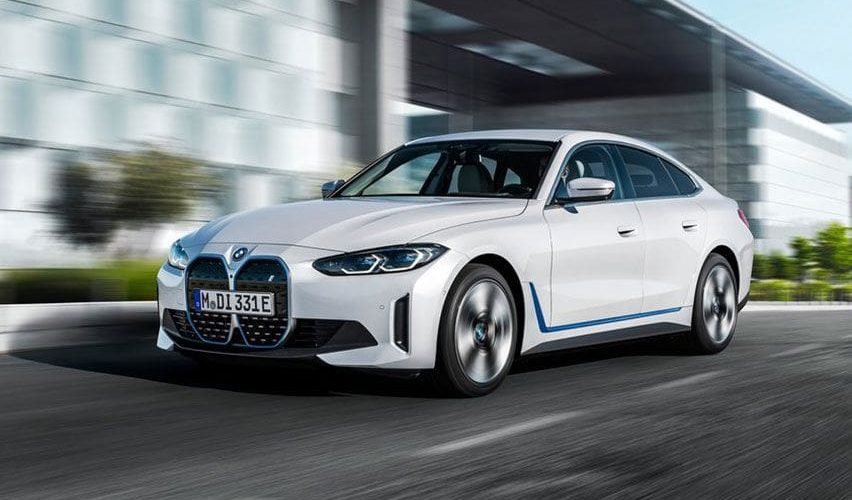 The BMW i4 is definitely not a car for just anyone. Its exclusivity has bases in many aspects such as the price that starts at 1,385,000 pesos. Also the fact that not everyone is willing to make the sacrifices that are still demanded of the owners of electric cars. Last but not least, the i4 is an aesthetically daring vehicle, so much so that not everyone will accept to look at it with pleasure in their garages. Whoever overcomes these obstacles, however, will enjoy a car so good, that perhaps even BMW itself does not know it.

Compared to the car on which it is based, the 4 Series Gran Coupé, the i4 has the pleasant detail of being discreet. The car does not want to shout to the four winds that it is electric, although it does not hide its essence either. They follow the perfect proportions of a “four-door coupe” – a term not yet accepted by many – with a long chest, a roof of pronounced but soft curvature and a very short trunk lid, which would define it as a “two and a half volumes” in the past, if in fact it were not a liftback, that is, if that lid did not open with everything and medallion to make it even more practical. It maintains – to the delight of not many and for an absolute victory of heritage and form over function – the immense front grille, obviously closed in a car that does not need as much air as one of internal combustion. They are the details that betray its distinct soul and these are the tighter wheels than usual, the obvious logos on the back cover and grille and the fact that the BMW logo displays a blue circle around it. 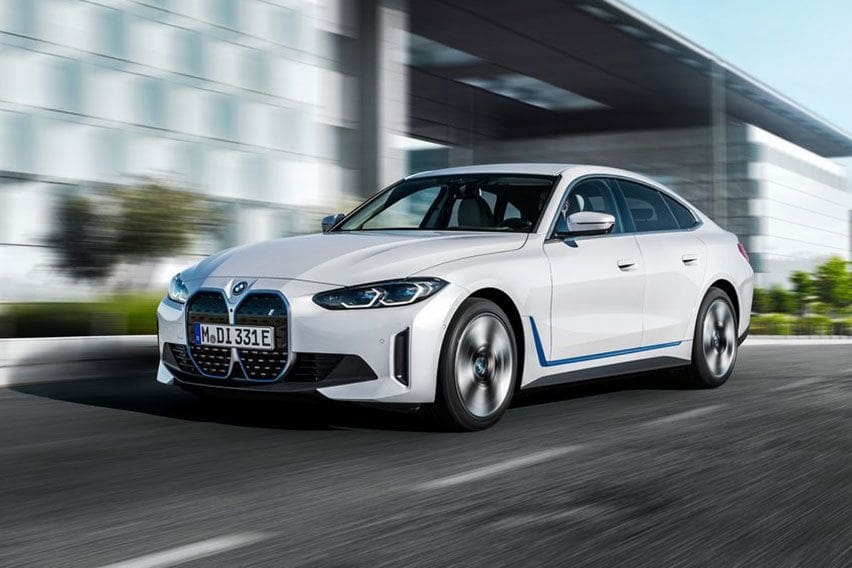 Inside the rear seats have the transmission tunnel, inherited from its gasoline brother, which steals space from the occupants. It is a car for four people, preferably, although five can travel in it. Your luggage will be comfortably adjusted thanks to the large tailgate and the absence of a spare tire, like all cars of the brand.

Forward what steals our attention is obviously the large curved screen that, in fact, is a glass that shelters a screen of 12.3 inches in front of the pilot and another of 14.3 inches in the center of the dashboard. It has, of course, wireless CarPlay and Android Auto and probably more pre-installed apps than the Apple Store and Google Play Store combined, which means that hardly anyone will achieve or need to use them all. Come on, the vast majority won’t even know what they’re for. But it looks good, modern, technological. That is the intention.

It is undeniable that when changing the driving modes between Eco Pro, Comfort and Sport, the graphics look spectacular. But all these are things that can be seen with a visit to a dealer of the brand or to the BMW website, so we better talk about what it is like to live with one, which we did for a few days.

I received the car with 93% charge in its battery. The computer marked a range of 308 miles, that is, just under 500 kilometers, which seemed more than enough for my 5-day plans in Los Angeles. Point for the i4, the anxiety about running out of battery did not exist at that or any other time of the trip.

Another positive point is that I would have in my hands a fun car, with 340 horsepower, 317 pound-feet of torque, immediate in the case and with rear-wheel drive. Yes, it is true, the maximum speed limited to 190 km / h is shy for a BMW, as can also be seen the number of 5.7 seconds from 0 to 100 that it achieves, officially, but still the word boring passes away from it. It is a nice, fast and stable car, with a poise enhanced by the lower center of gravity due to the batteries on the floor. In urban traffic achieve a very good agility, despite its generous exterior dimensions with 4.78 meters long. The suspension is comfortable, obviously without “throwing” and the steering is precise as BMW has already accustomed us.

In Eco Pro mode, regenerative braking increases in intensity. In comfort mode the inertia of the movement is maintained when we start to stop, like a normal car and in the Sport the greater agility takes the price of less autonomy.

The charge is achieved in 8.5 hours with the iWallbox of the German brand, something recommended if you plan to buy it. Due to its autonomy, you can use it in the city for several days without having to charge. The road is not forbidden territory either, but in this case it is better to be sure of having a charger at the destination or going out to a place less than 150 kilometers away so that round trip is quiet.

The fact is that for the vast majority, the i4 can be a great daily car, even the first electric of many. Of course, whoever wants more power should go for the M50, which BMW promotes with more enthusiasm, but I feel that the expectation of a performance similar to that of an M4 can be frustrated by a weight that does not allow a handling similar to the magnificent gasoline sports car, so the eDrive 40 seems to me the option not only more sensible for lower price and greater autonomy, also to fulfill what one expects from it: that is, a great car, more refined than a gasoline one, with greater autonomy than this one and that will leave the driver and three more occupants happy, without expecting more than it gives. This, maybe not even BMW knows.