Here is a sporty Bentley SUV , conceived in the mind of designer Emre Husmen, which makes the Bentley Bentayga look like a boring “high-wheeled” pachydermic even for grocery shopping. Dubbed EXP8 , we are looking at a new generation hyper-SUV , with a sporty look ( but not too much ), with generous dimensions ( yes, but well-proportioned ), with an imposing face and with the large front grille ( but on a good look, the style is minimal and modern ) which clearly takes inspiration from the design of the Bentley Mulliner Bacalar . 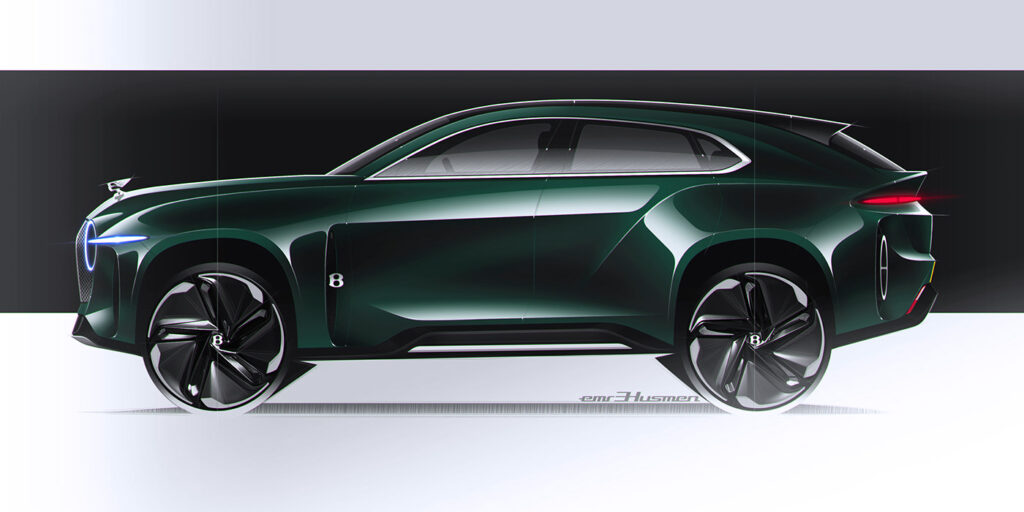 Looking at her face, the Bentley “in concept” strongly inspired by Mulliner Bacalar, with circular headlights that are interspersed with horizontal daytime running lights. Husmen has equipped the Bentley EXP8 with a front grille with a complex weave of meshes that draw the number 8. The flanks of the “concept” are quite different from the “SUV sister” Bentayga, with muscular but not rounded wheel arches, now more square than in those of the current Bentley SUV. 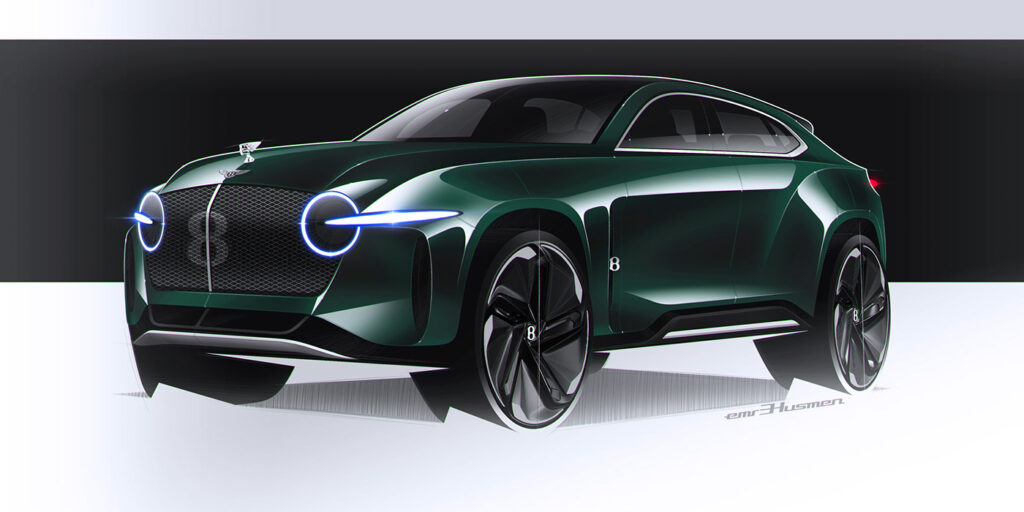 Traditional Bentayga-style design lines flow along the doors, while the eye-catcher is finalized by huge wheels with almost “full” and aerodynamic rims . The b-side of the imaginary car is very interesting with the narrow rear window and the raised tail which in a small space manages to enclose the horizontal lights and a raised and muscular “poop”. Between the ribs is the tailpipe with a shape that, unfortunately, we will hardly see in reality.

By Cheryl Chernobyl
In Bentley