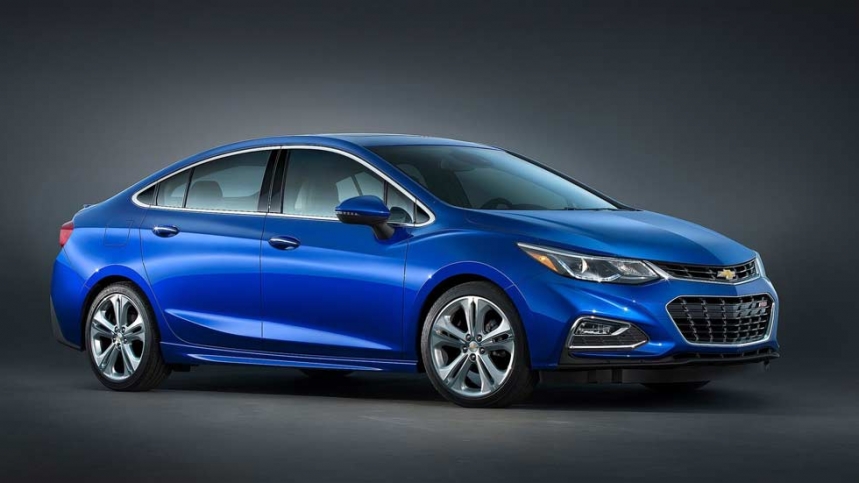 The second generation Chevrolet Cruze is a lighter, larger, more efficient and drive technological equipment. On sale in early 2016.

Chevrolet has released the main features of the new 2016 Chevrolet Cruze , in what is the second generation of its best-selling car in the world in recent years (just over 3,500,000 units ).

The new Cruze  will be built under construction methods D2XX compact car of General Motors , so it will share many technical elements with the  new Opel Astra and the Chevrolet Volt II . The second generation Cruze will be a lighter car (up to 113 kg less than the previous), bigger (more generous exterior dimensions and improved interior space) and efficient.

Mechanically, the big news that incorporated the new 2016 Chevrolet Cruze will be the 1.4 petrol engine turbocharged four-cylinder that develops 153 hp and maximum torque of24.47 Nm . In early 2017, depending on the market, the Cruze range will welcome a Diesel engine.

The 2016 Chevrolet Cruze technology also renews complete with  new systems and driving assistants as well as the incorporation of a  multimedia system  navigation, information and entertainment supports almost all  smartphones  on the market, to bring interfaces installed adapted to the requirements of  carplay Apple  and  Android Auto OnStart grace to the new 4G-LTE (includes access to the Internet through its own WiFi network built).

As standard, the new 2016 Cruze will offer up to 10 airbags and rear view camera.Additionally and according to the chosen trim level, the chapter on safety be enhanced using control systems such as blind spot monitoring system rear cross traffic, the warning device involuntary change lanes and distance control system Safety and emergency braking.In terms of comfort, the interior may also include wireless charging system for mobile devices and leather seats with ventilation and heating.

The  second generation Chevrolet Cruze goes on sale in  early 2016  in many countries. You remember that  Chevrolet will stop selling cars in many Western European countries  , including Spain  from the end of 2015 , so in the Spanish roads can not see the new delivery roll  Cruze .