The Mercedes-Benz CLS 450 4Matic brings some major mid-cycle updates, for the 2022 model.

Few all-new models have had the stopping power of the original 2005 Mercedes-Benz CLS.

Although officially a mid-cycle update, the 2022 Mercedes-Benz CLS undergoes some major tweaks, inside and out.

The goal is to create a sharper, sportier appearance while providing more ways for the owner to individualize their own sedan.

The CLS “belongs to the dream car category at Mercedes-Benz,” the Teutonic automaker suggests, noting that the distinctive coupe-like design is “the most frequently cited reason for buying the CLS by customers.”

The basic shape has changed surprisingly little since the original model, known internally as the C219, debuted at the 2004 New York auto show.

There have been many improvements over the years, starting with the addition of Mercedes’ 4Matic all-wheel drive system in the second-generation CLS in 2010.

In keeping with today’s market, the updated sedan adds more technology while updating existing systems, such as the MBUX voice assistant first introduced for 2020.

The new CLS uses cameras and map data that can also adjust vehicle speed when approaching a toll booth, roundabout or aggressive corner.

There is also an Active Parking Assist system to make getting into and out of tight spots easier, as well as Active Stop-and-Go Assist to ease the burden on a motorist having to deal with slow-speed traffic. 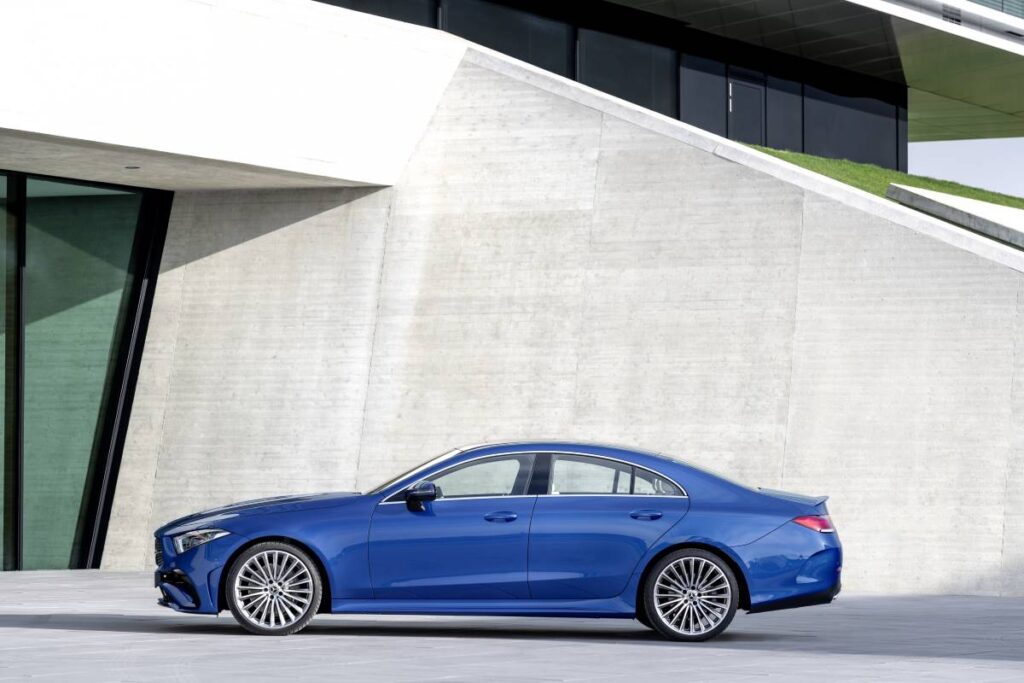 It’s the 2022 CLS design that Mercedes has focused the most strongly on, unsurprisingly.

The coupe-like sedan takes on a sharper appearance with features like a new radiator grille with a Mercedes-style three-star pattern.

The CLS also has a new front bumper and other more subtle exterior trims.

The AMG trim adds a unique front bumper with an A-wing in black, as well as a chrome front splitter, new air intakes and new sill trims.

Inside, the CLS has a new steering wheel with new smartphone-like capacitive sensors integrated on both sides. The cabin now also features new wood and leather trim. 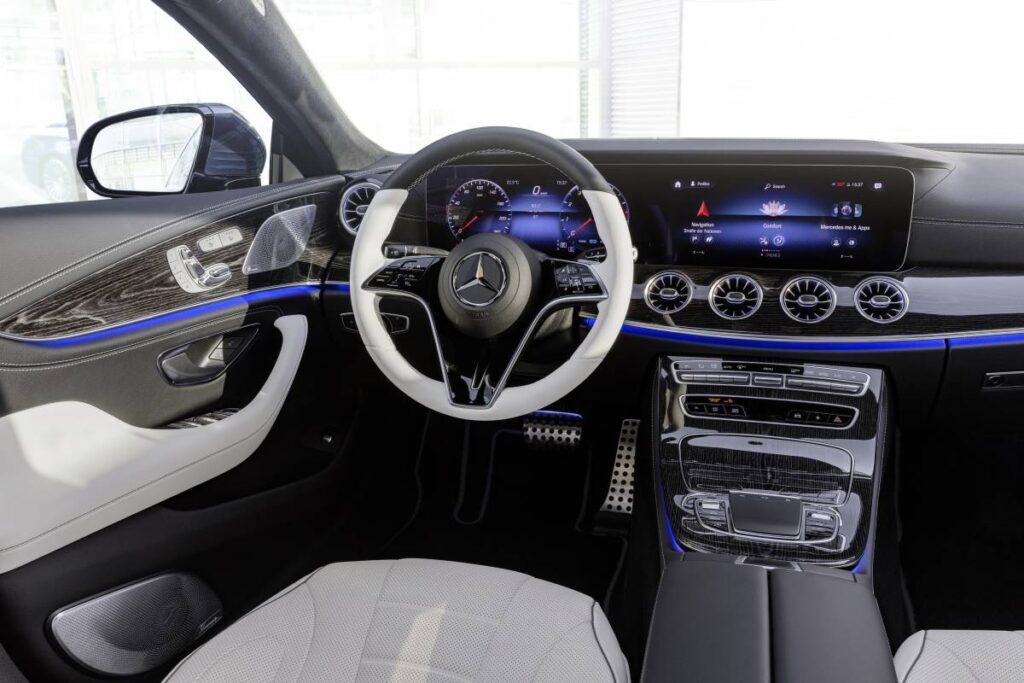 The 250-member Mercedes-Benz Manufaktur team, meanwhile, “can transform the CLS into a very personal bespoke creation if you wish,” according to the automaker, with a variety of different cabin material selections available. , including four special lacquers.

The 48-volt EQ Boost starter generator can add another 21 hp and 184 pound-feet of instant torque when required by the driver. That helps launch the new Mercedes CLS from 0 to 60 in an estimated 4.7 seconds. Top speed is 130 mph.

Power is boosted through a 9-speed automatic. 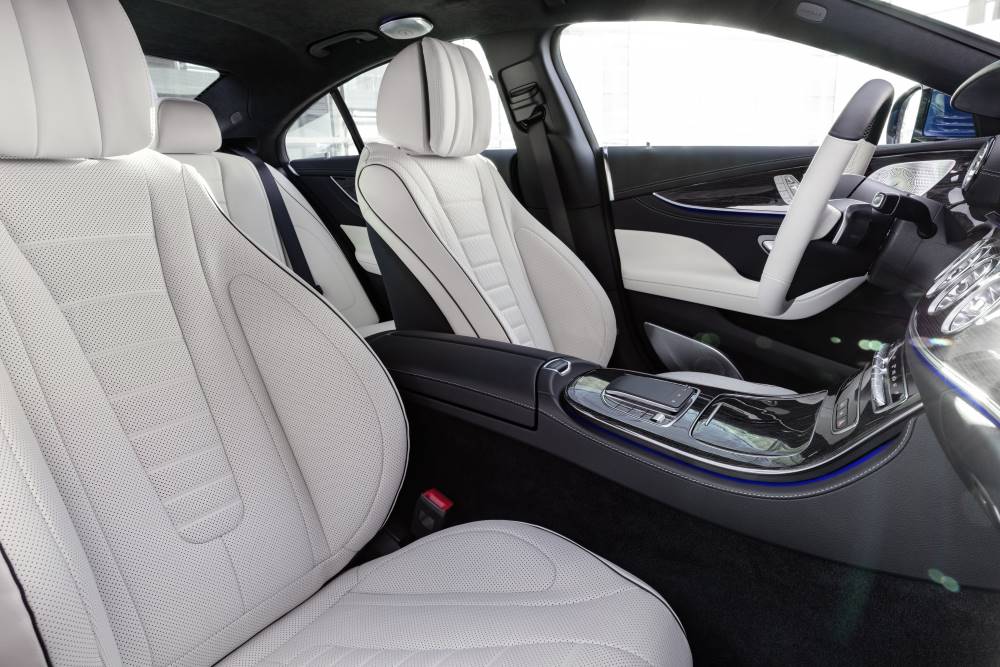 The updated Mercedes-Benz CLS will get its world premiere later this month, but buyers will have to wait until early next year for it to hit showrooms.