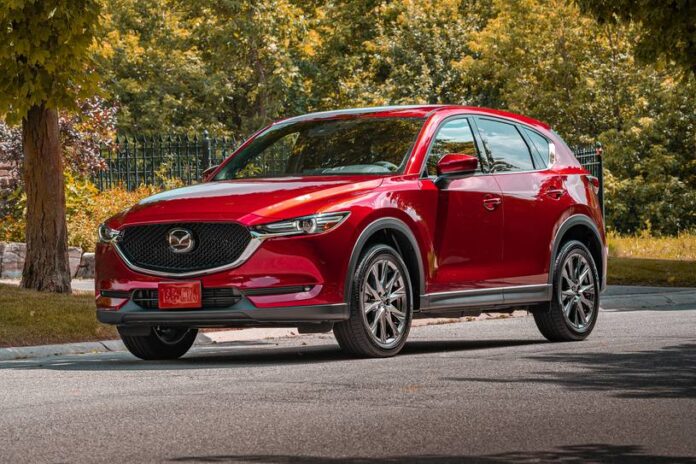 It is the automaker’s first model to feature the new KODO, the soul of the movement design language first demonstrated on the Shinari concept vehicle in May 2011.

It shares a platform with the Mazda3 and Mazda6. It is also the first vehicle with the company’s full Skyactiv Technology suite, including a rigid and lightweight platform, combined with a new series of efficient engines and transmissions that reduce emissions and fuel consumption.

The CX-5 receives some notable upgrades for 2021. The center screen is larger than last year and equipped with Mazda’s newest infotainment interface.

It loses touchscreen functionality, but the increased width makes the layout look less cluttered than before.

It features a SKYACTIV-G 2.5-liter four-cylinder engine with 187 horsepower and 186 lb.-ft. of torque, which is mated to the SKYACTIV-DRIVE six-speed automatic transmission.

Front-wheel drive is standard, and Mazda’s i-ACTIV predictive four-wheel-drive is available on all option packages. The CX-5 can tow up to 2,000 pounds. 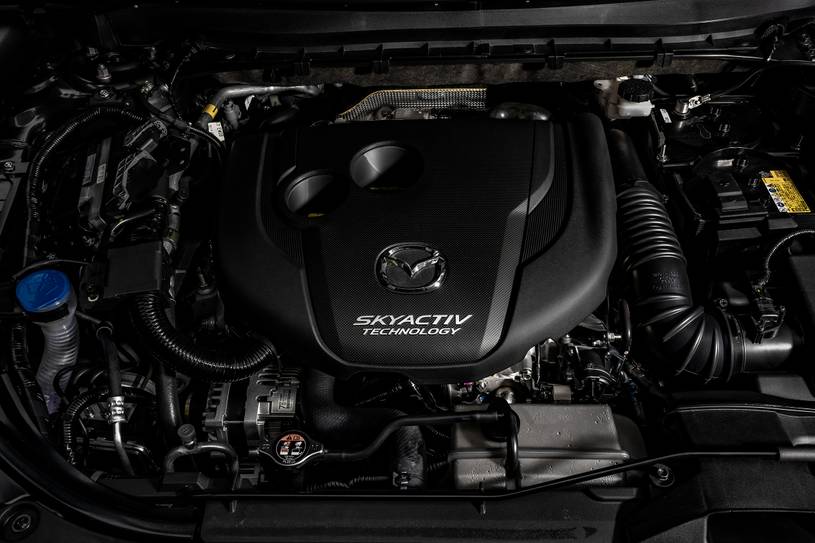 Inside it is very comfortable and most people will find it quite pleasant. The noise levels are low and the climate control system is very good.

The cabin is very driver-oriented, with excellent visibility and an excellent driving position, where the short center console and the large distance between the brake and the pedals are a boon for tall drivers.

The driver’s seat offers a great deal of upright adjustment and comfort, where the front of the seat rises quite high, offering plenty of support.

There’s less space for rear-seat passengers than some rivals. Legroom in the rear seats is tight.

All controls are at your fingertips. The driver’s armrests are high enough to rest your elbow and still grip the steering wheel.

The cargo area is slightly smaller than competitors, and the cargo height is slightly shorter, as you get about 31 cubic feet behind the second row and folding the rear seats opens up about 60 cubic feet. 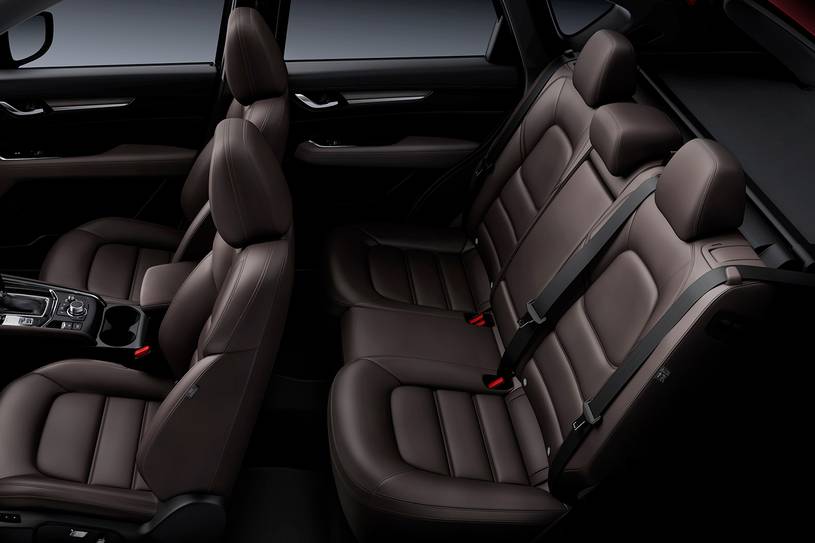 The infotainment system is user-friendly overall and the 10.25-inch display screen is bright and attractive. The integrated navigation system is also easy to understand. It takes time to get hold of the system, but when you learn it becomes easier.

CX-5s with a head-up display can project turning instructions directly onto the windshield. Mazda’s voice control system is based on natural voice recognition. Good for entering destinations, calling people, and tuning in to terrestrial radio stations.

In safety features all models include antilock brakes, traction and stability control, side airbags in the front seats, long-lasting side curtain airbags, a rear view camera and emergency telematics.

The ease of use of the CX-5’s advanced driver aids is partly annoying. The lane departure warning system emits a buzzing noise that becomes annoying.

The blind spot monitor is too sensitive, it even activates when passing vehicles that are at various distances from the cars.

The 187 HP motor gives you good acceleration. With his drive it is easy to live with him on a day-to-day basis. The transmission does not immediately jump into the highest possible gear under moderate acceleration, which helps with daily driving.

The steering is heavier than most crossovers, reflecting the sporting intentions of the CX-5. However, turning is never difficult, and many maneuvers are easily executed.

A slight buildup of effort at higher speeds helps you know exactly where the wheels are pointed.

This is where the CX-5 excels. Since it’s sharp and communicative, you can take corners and speeds faster than rivals without tire screeching or feeling like you’re out of control.

The car is unflappable by quick left-to-right transitions, making it the best-handling small crossover. And there is no question about this.

The CX-5’s ride quality is firm but not uncomfortable. The mid-corner hits barely upset the CX-5, and it never feels buoyant. Road imperfections are resolved immediately.

The car is unfazed by the quick transitions from left to right. Since its handling is crisp, you can corner at higher speeds than rivals, without screeching tires or feeling like you’re out of control.

This is one of the best small crossover I’ve ever driven. No doubt about that.

The CX-5 is among the best in class, head-to-head with the Honda CR-V, Toyota RAV4, Nissan Rogue, Ford Escape and Kia Sportage.

But his excellent walk and good motor, differentiates him from the rest, to give an opportunity to those who want something different from the others.