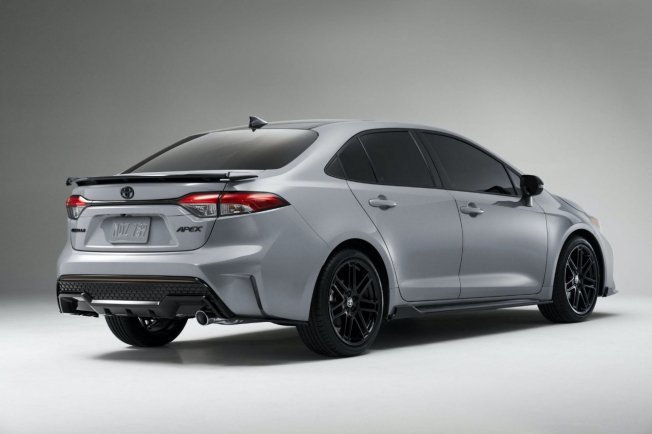 The Japanese firm has just presented a new version of the Toyota Corolla‘s sporty flavor in the United States, which, unlike the new Corolla GR-Sport that we have in Europe, does have some mechanical improvements and a more radical frame configuration aimed at improve the grip and dynamic performance of the vehicle.

Toyota North America , the division for the North American market of the Japanese firm, has just presented the new Toyota Corolla Apex Edition , a new version of appearance and sporty configuration of the Japanese compact that will hit the market in limited edition format, although it will have a fairly large production . Well, the Japanese firm has confirmed that 6,000 units of this special version will be manufactured.

Interestingly, this new limited edition is based on the sedan body variant , which in the North American market is the most successful and is therefore called Toyota Corolla . Like the rest of similar variants, the 5-door body there is called Corolla Hatchback. Exactly contrary to the European market, where the base Corolla is the 5-door and the 3-volume body is named Corolla Sedan.

This new limited edition comes a few months after the European premiere of the new Toyota Corolla GR-Sport , a sporty-looking version based on the 5-door bodywork that features the most powerful mechanics available in the Corolla range, the 2.0 hybrid scheme. liters and 184 hp , but it doesn’t really have a more sporty or radical frame configuration. This is not the case of the new American Corolla Apex Edition, which does have modifications aimed at radicalizing its behavior.

At the aesthetic level we find a Toyota Corolla Sedan with sporty 18-inch black aluminum wheels , to match various exterior accessories in the same color, such as the bumper and the front splitter with fins at the ends, the new side skirts, the roof, the rear central diffuser and the new rear spoiler. We also found some touches in bronze on the front bumper . While inside we find new coverings, heated seats with electric adjustment and the usual equipment of the SE and XSE versions of the Corolla.

At a mechanical level we will find the only gasoline engine available, a 2.0-liter 4-cylinder that delivers 171 hp (169 hp) and 205 Nm of maximum torque , although this version equips a new sports exhaust that we imagine will serve to modify the sound of the model. According to the data provided by the brand, of the 6,000 units it plans to manufacture, only 120 will have a 6-speed manual transmission, the rest will maintain the standard Corolla CVT-type automatic transmission. As for the frame configuration, in addition to the new lightweight 18-inch wheels we find a completely revised suspension scheme with new shock absorbers It is now 47% stiffer in the front area and 33% in the rear axle, which together with a new calibration of the power steering means an increase in the dynamic performance of the model.