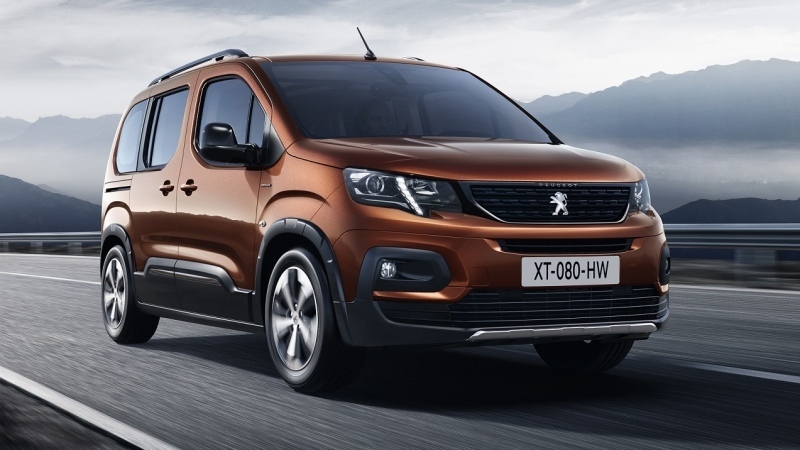 The Peugeot Rifter is a vehicle intended for the transport of passengers. Replaces the Peugeot Partner Tepee 2015 . It will be available after summer.

The most similar models to the Peugeot east are the Opel Combo Life 2019 and the Citroën Berlingo Multispace 2019 , since all three are manufactured under the PSA business group. Peugeot has distinguished the Rifter with a different driving position, as well as with solutions that give it a certain aspect and functionality of off-road vehicle. Other alternatives are the  Dacia Dokker , the  Ford Tourneo Connect , the  Renault Kangoo  and the  Volkswagen Caddy .

You can choose, at least, with a gasoline engine 1.2 PureTech 110 S & S that will go in combination with a manual gearbox of five relations. There will also be a 1.5 BlueHDi 130 S & S Diesel engine available both in combination with a six-speed manual gearbox and an eight-speed automatic (will arrive in 2019). The traction is on the front wheels. There is a system that improves the traction ability on sliding surfaces (called Advanced Grip Control) that is associated with Michelin Latitude M S type tires. It can also be equipped with slope descent control.

Like its equivalent models of Citroën and Opel, the body will be available with two lengths (4.4 and 4.75 meters). The Peugeot Traveler has three body lengths: 4.61 m, 4.96 m and 5.31 meters. The two bodies of the Rifter can carry five or seven seats, although this last configuration will arrive a little later. There are two sliding side doors, while the tailgate is a leaf and opens from bottom to top. In the galleries of exterior and interior images you can see the differences between one body and another.

The second row of seats can be formed by a bank divided into two parts or three. There is a device (whose trade name is Magic Flat) that allows you to fold these seats to increase the load surface (at the moment we do not know what exactly this process is).

The interior is endowed with numerous holes to deposit objects. If you choose the panoramic sunroof   there are more drawers in the upper part of the cabin, which can be accessed from inside or from the gate (whose glass can have independent opening ).

You can take some of the equipment elements that have already been presented in the equivalent models of Citröen and Opel, such as the active speed programmer , the  alert for involuntary lane change , the warning of vehicles in the blind spot or the vision camera back (with a 180 degree viewing angle). The multimedia system has a screen of 8 “inches in size.

What is exclusive to the Peugeot is the distribution of the elements in the driving position: as in other models of this brand, the instrumentation is seen above the steering wheel, which is flattened (both by its top and bottom) and it is of reduced dimensions.

Peugeot has differentiated the Rifter from the Opel Combo Life and the Citroën Berlingo Multispace with a decoration that gives it an off-road look. Thus, there are some black plastic moldings that run through the lower part of the body and the fins. There will be a level of equipment called GT Line that is composed of specific decorative elements in black (Onyx Black), in the contour of the calender, the carcasses of the rear-view mirrors, the roof bars and other moldings. There are also 17-inch-sized tires and the GT Line emblem on various body parts.