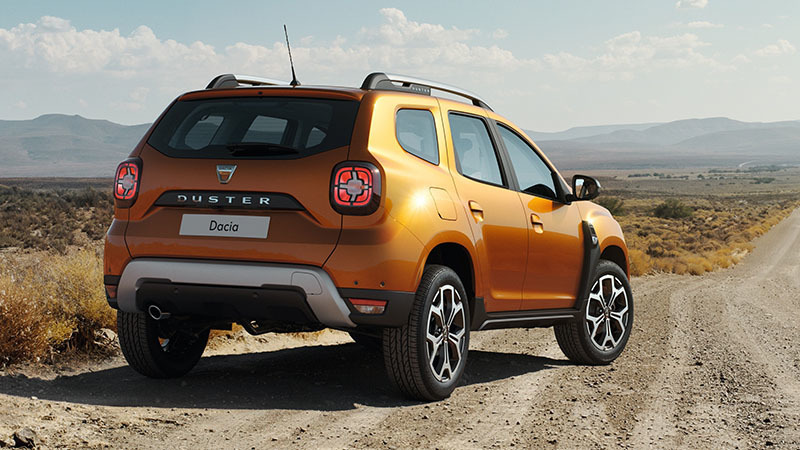 Dacia has introduced the Duster 2018. Despite the exterior similarity of the design to the model it replaces, Dacia has confirmed that it is a new generation. It will go on sale in Spain in early 2018.

The differences in the exterior are given by, among other things, a new grille, new headlights and pilots, different daytime lights divided into three segments and bumper protectors painted in satin chrome color that, according to Dacia, are resistant to scrapes . The windshield has been advanced 10 cm and now has a greater inclination to give more space and feeling of amplitude to the interior.

Also new chrome bars have been installed on the roof and there will be available 17-inch wheels. The wheel arches are more bulky than in the previous Duster and on both front fins there is a decorative black plastic element. The color of the Duster that appears in the photo accompanying this information is new; Dacia calls it Naranja Atacama.

The interior also has a more modern design. The multimedia system screen has been taken to the top of the center console (the previous one was very low and forced to take a lot of the view of the road to consult it). Dacia also says that the seats are new and the interior coating materials are of better quality. There are more storage slots than before, so the total cargo volume has increased by 28.6 liters (we do not know if the trunk is larger, the former had 475 liters).

The Duster 2018 can carry several pieces of equipment that the previous model did not have. Among them are curtain airbags, a parking aid system with camera, blind spot detection system, automatic climate control, lights with automatic for ignition and access and keyless start.

The first generation Dacia Duster went on sale in 2010 and received very slight aesthetic and equipment changes in 2014.