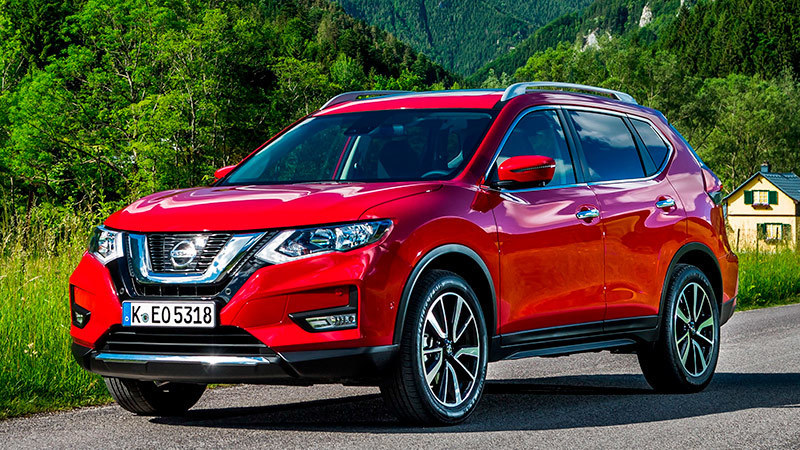 The 2017 Nissan X-Trail is a slight renewal of the 2014 model . It has changes of appearance (both outside and inside) and equipment elements that were not previously available. Like the previous model, it has a body that is 4.64 meters long and can have five or seven seats.

Nissan has made no changes to the suspension of the X-Trail, so it remains a comfortable and quiet vehicle, highly recommended to cover great distances by motorways or expressways. Although the stability is also good, it is not a vehicle that encourages the driver to practice agile driving on curvy roads because the body’s balance is remarkable and because it takes a long time to support rapid changes of direction (although the reactions are always Secure). A Mazda CX-5 or even Qashqai itself feel clearly more agile in these circumstances, while a Mitsubishi Outlander or a Toyota RAV4 are very similar.

In the passenger compartment, Nissan has changed some coating materials so that the perceived quality feeling is greater than in the previous model – for example, the skin of the seats or the plastic pieces that are ahead of the passenger and between the two seats Front. Also new is the design of the steering wheel, which can now be heated, and the multimedia system, which has an updated operating system (although it is very similar to the X-Trail 2014). Optionally you can order a sound system from the manufacturer BOSE with seven loudspeakers, a door with automatic opening and “hands-free” function or heated rear seats.

According to our measurements , the interior of the X-Trail 2017 is identical to that of the previous model, something logical considering that the changes are merely aesthetic and of equipment. It is on average in front of its alternatives in the first two rows of seats; The third row, however, is the narrowest and is only suitable for children or very small people during short trips.

In the trunk of the five-seater versions there is a new system of organization of the load under the floor that has allowed to increase the total volume of the same in 15 liters (565 in total, compared to 550 of the previous model). There are no changes in the seven seat versions.

During the presentation of the model I drove the diesel version of lower power -1.6 dCi 131 CV, which is the Nissan estimates more sales will accumulate. It has a smooth and quiet engine (except when the gears are rushing to the upper limit of revolutions), although it lacks strength when it rotates below 1800 rpm and sometimes has a hard time getting off quickly. It does not make the X-Trail a particularly fast vehicle, but it can be a good choice if you are not going to use the vehicle in a very demanding way.

The most significant design changes are focused on the front of the vehicle, where Nissan has given a very similar appearance to the Qashqai 2017. Different are the bumper, the grill, the main headlights (which can now also have adaptive lighting) and The fog lights. On the back the changes are not so obvious and are limited to a slightly redesigned bumpers and darkened riders. There are also new models of 17-inch and 18-inch wheels and four new body colors: pearly orange, pearly red, pearly blue and pearly dark brown.

The X-Trail 2017 can have some of the safety and driver assistance systems commonly found in vehicles of this type, such as a city-wide automatic emergency braking system with pedestrian detection or an alert for cross traffic reverse. In 2018, Nissan will add the ProPILOT 1.0, a system combines the active speed programmer and the lane maintenancesystem in one function . According to Nissan, this system will have the ability to control the steering, the accelerator and the brakes in some circumstances (by highway or in jams, for example).

The 2017 Nissan X-Trail does not yet appear in our insurance comparator , but since the changes from the previous model are not too large, the insurance price should not be very different. As an example we have done a simulation for a X-Trail 1.6 dCi 131 hp 4×2 N-Connecta of the 2014 range. According to our comparator, the most affordable policy without the most affordable franchise is Direct Insurance and costs 336 euros per year. The borrower is a 32-year-old man, with 8 card, who lives in Valencia, travels about 20 000 kilometers a year and park in a community garage.