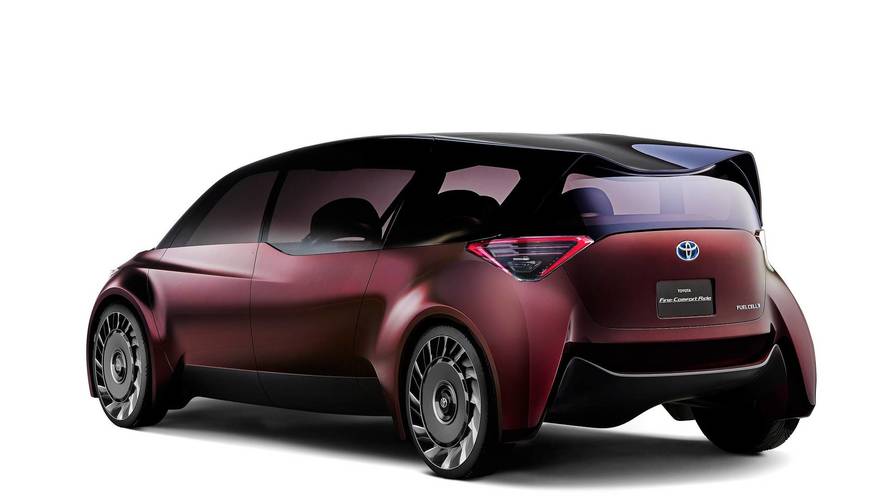 A motorization with hydrogen and 1000 km of autonomy.

Toyota has already promised a multitude of novelties for the Tokyo show, but the list is still growing today with another concept, the ” Fine-Comfort Ride “. Behind this name a little far-fetched hides an interesting sedan, which claims to redefine the concept of premium sedan.

Its faux van airs, its wheels at the four corners of the bodywork and its large glazed surfaces demonstrate that habitability and well-being are capital points here. 4.83 meters long, the Fine-Comfort Ride can accommodate six passengers in its cabin as flexible as technological. The rear part of his body refines to heal the aerodynamics, without this to the detriment of livability.

The innards of the Japanese concept hide a fuel cell engine. Toyota is among those who believe in the virtues of this technology that is already found on the Mirai. In the case of the Fine-Comfort Ride, the range is around 1000 km and the full hydrogen is in about three minutes. Naturally, electric motors do not emit noise and thus contribute to the feeling of well-being experienced by those on board.

The Fine-Comfort Ride will be presented alongside the i-Ride , another concept that also outlines the mobility of tomorrow. Other innovations will also be part of the concept of Crown, TJ Cruiser and GR HV Sports or Century 2018. The Tokyo show will open on October 25.