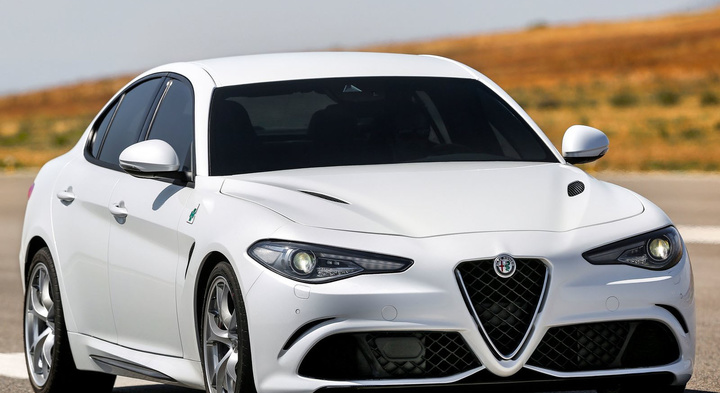 The German automotive high mass experienced this year here, a publication somewhat upset by the Volkswagen scandal. But this burning issue must not hide the big novelties presented in Frankfurt … Starting with these eight sedans!

This is the Phoenix rising from the ashes! Alfa Romeo, a brand too long confined to diesel sedans in production too bland for the pedigree, finally offers a true premium sedan with rear-wheel drive and engine up over 500 horsepower! The four-leaf clover … finally account

Only the finest observers distinguish this new generation of the previous A4. But if the form remains essentially identical, cross, he is redesigned from the ground up! Always on top of technology, the A4 also shows more agile than before. And Euro 6 engines are not covered by the scandal surrounding the band!

Currently, the Mercedes S-Class limousines dominates the segment of the head and shoulders. But BMW launches against-offensive with this new 7 Series Limo the cutting edge, able to park alone (via smartphone) and inaugurating a new ergonomics in multimedia system, gesture-based.

Nissan’s premium brand intends to conquer Europe with its products! After the Q50 sedan designed BMW 3 Series, Audi A4 and Mercedes C-Class others, here’s the Q30 which attacks the lower segment. Built on a platform of Mercedes A-Class which it takes the platform and some engines, it offers after-sales service of high level. Remains the distribution network to develop …

After making eyes the US market, the Kia Optima tumbles in Europe! This new generation wants much more complete than the last, with an estate version and a hybrid engine on the menu! Behind the scenes, there is even talk of a sporty version … Stay tuned!

If the style does not radically evolves, below them, are deeply reviewed! Actually, Opel engineers are left with a blank page. Lighter, more sober and better equipped, the new Astra is also more lively to drive. As for his newfound compactness, it does not compromise the habitability.

If you see it as a replacement for the Laguna, however, this model goes higher in range, which is confirmed by the more generous dimensions. Taking certain powertrains and technologies seen on the new Space, Talisman offers engine 110-200 hp and chassis with 4 steering wheels!

It was one of the biggest news of the Frankfurt Motor Show. The best-selling car in Belgium made entirely revamped by adopting a more personal style … some will say. The proportions do not really change, but the good content: head-up vision (head-up display for Anglophile), safe armada and touch screen are now available.

For this fourth generation Prius, developers have opted for individual style, but still very recognizable as “Prius”. Through a series of measures taken Powertrain, the manufacturer promises a lower consumption on highway and better acceleration.