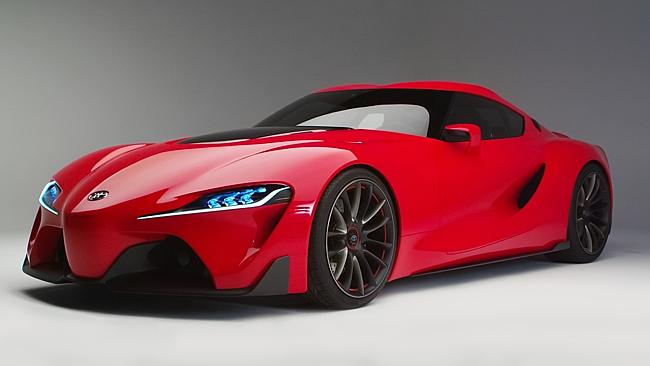 Top 7 Best concept cars of 2014 – Like a good sauce, a year in the life of  CAR needs reducting down before it becomes truly rich and tasty. Here’s the first in a series telling the distilled story of 2014: 12 months of cars, people, incidents and much more stuff, both good and bad… and yes, even ugly. Kicking us off, it’s seven of the year’s most mind-blowing concepts.

Weird, pointy electric three-seater most notable for pissing off Panoz, whose Nismo-powered DeltaWing racer it resembles. Suspiciously beautiful and desirable centenary gift from Maserati to itself surely destined for mothballs. But no! It’s a goer! Or Future Toyota One. ‘Don’t call it the new Supra,’ they said, so we called it the new Supra. Rustled up by Toyota’s LA-based substance-smokers as a Trojan horse PlayStation fantasy,  FT-1 was first shown to boss Akio Toyoda on his console, and he immediately thrashed it round Fuji Speedway. His smile suggested he – and we – might be able to do that for real one day. Sigh. Now, back to that Auris… Another fantasy project made possible by Gran Turismo 6, but anybody not excited by a mid-engined V12 Aston needs help.

Looks pretty amazing for a wannabe 3-series rival, but Peugeot probably wanted to wow its Chinese partner Dongfeng with the promise of, er, oh-la-la? It’s 308-based but you wouldn’t know it. Shame they’ll never dare do it. Also a shame they ran out of silver paint.