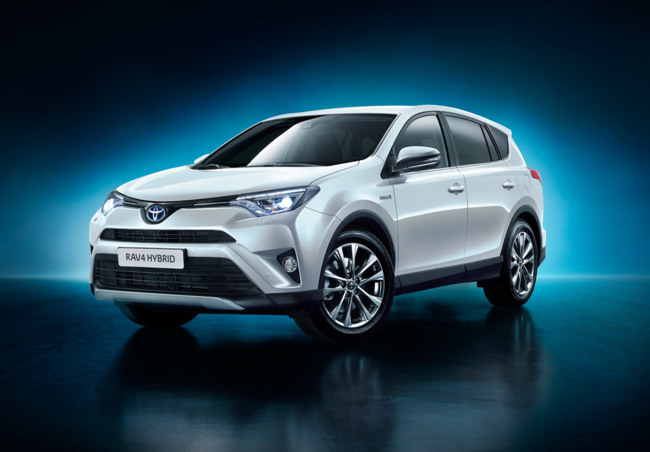 Toyota announced a few days presented at the Hall of New York makes first hybrid RAV4 and we can see the full. Furthermore, together with the presentation of Toyota RAV4 hybrid Japanese mark a redesign of the RAV4 range, with slight aesthetic touches, more equipment and new inside. The new Toyota RAV4 Hybrid will be available in Europe in December and the hybrid in early 2016.

It has been expected, one of the most popular models of the brand more linked to mechanical hybrid finally welcomes this technology. Toyota had two options with the RAV4, use 1.8 Prius powertrain looking for penalizing low consumption in benefits, or choose the 2.5 Lexus NX to provide more agility to his SUV. It has opted for the second option, the RAV4 equipped with the 2.5-liter petrol as the basis for the hybrid system. This version will only be available with all-wheel drive electronics (an electric motor is responsible for moving the rear axle) thus achieving a towing capacity of 1,650 kilos.Furthermore, considering just this use has trailer sway control.

Toyota has not announced RAV4 hybrid technical details, but the change will be a CVT and it seems logical that the performance does not fall far from the Lexus NX, which would mean a power of 197 hp with a torque of 206 Nmy one average consumption approved around 5.1 liters per hundred kilometers.

Like the rest of the RAV4 range hybrid debuts the exterior and interior cosmetic changes along with improvements in equipment, where participants play a driving role. It hit Europe in early 2016.