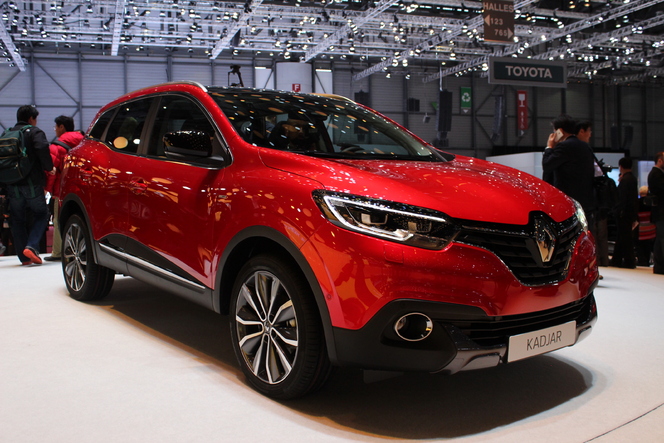 The Qajar, the new SUV from Renault. After his first official presentation is in Geneva that Renault has given more information, especially on engines.

After a long absence from the ultra-bearer compact SUV segment, Renault invests this market with the Renault Qajar. Developed on the same platform as its cousin the Nissan Qashqai , the Renault Qajar’s still more imposing with a length of 4.45 m. Stylistically, impossible not to draw parallels with the urban SUV brand, Captur, especially at the front almost identical, except that the LED headlamps. In profile, against difficult not to make the analogy with theMazda CX-7 .

For the first time, we discovered the cabin of the Renault Qajar and let’s face it we are disappointed by the lack of originality of the dashboard that remains very, if not too classic. The quality of finish is quite good but the atmosphere on board was particularly sober, including the models presented here. We still note the presence of the integration of R-Link multimedia system 2. The rear passenger is in the category average while the cargo volume amounts to 472 liters, which is good for the category.

In Geneva, Renault has unveiled the engine of his SUV. At launch, mainly diesel: the dCi 110 hp manual gearbox or EDC (discharges of 99 g / CO2) or dCi 130 hp. One essence, the TCe 130hp. The Renault Qajar be available in two or four wheel drive and even two wheels with improved traction sold in finishing X-Mod.

Still no price yet but rumors of € 33,000. The marketing is planned during the summer. Let’s be honest. The Renault Qajar is not revolutionary but one thing is for sure, success will be at the rendezvous. The recipe is simple, get on a segment rose sharply with the first network of France is synonymous with business success. QED

By Cheryl Chernobyl
In Renault