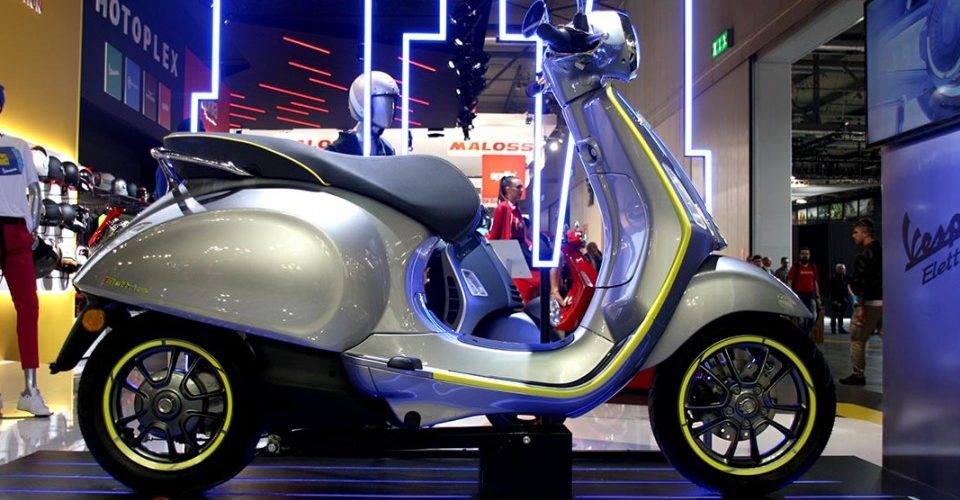 Launched last year, the first electric scooter from Piaggio evolves at EICMA where the manufacturer announces the arrival of a new version capable of driving up to 70 km / h.

Commercialized since a few months, the first Piaggio electric scooter will not really upset the market. The fault at a relatively high price but also to an approval limiting until then its speed to 45 km / h. Called to complete the current version 50, the new model will allow the Italian Electric Vespa to expand its customer base with a model now capable of reaching 70 km / h.

If Piaggio does not specify the information, it seems that the technical characteristics of the model are the same as the equivalent 50 which combines a 4 kW motor with a 4.2 kWh battery. Between 50 and 125, only the electronic configuration will vary. In terms of autonomy, Piaggio announces 100 km in Eco mode, limited to 45 km / h, and 70 km with the Power mode which allows to climb up to 70 km / h.

Aesthetically, this Vespa Elettrica 70 km / h is distinguished from the classic model by some subtle details such as the front fender, painted red, or the “Power Unit” markings specific to the version.

In France and in the rest of Europe, the 125 version of the electric scooterPiaggio will begin marketing in the coming months. Let\’s just hope that the price increase will remain moderate compared to version 50, sold more than 6,000 euros in France.

By Cheryl Chernobyl
In Scooter