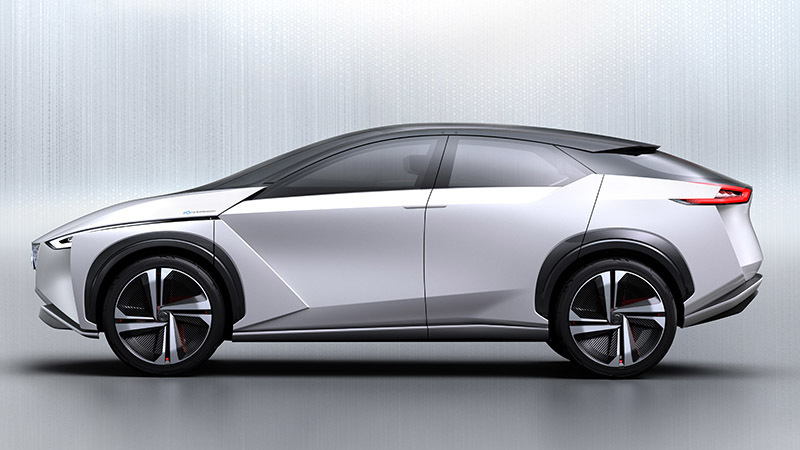 The IMx concept has an all-wheel-drive body and an electric drive system with an autonomy of more than 600 km, according to Nissan. In addition, this prototype is designed to operate with a highly automated driving system.

There are two electric motors, one moves the wheels of the front axle and another the ones of the rear one (reason why the traction is integral). Together they produce 435 horsepower.

According to Nissan, the IMx concept carries a future version of the automated driving system ProPILOT, which in the Nissan LEAF 2018 is able to maintain an established distance with the car that circulates in front and helps the driver to keep the vehicle centered in a lane. Nissan says that when the future version of the ProPILOT system is in operation (for which there are no details), the steering wheel of the IMx concept is retracted and stored on the dashboard to give more space to the driver. All seats are also reclining to contribute to the comfort of the passengers.

The IMx concept uses Nissan\’s new EV platform, which allows the floor to be completely flat and also reduce the height of the center of gravity.

According to Nissan, this prototype could connect to the power grid and return some of the energy stored in its battery. The LEAF 2018 is also equipped with this technology, which Nissan calls V2G (Vehicle to grid).

The color of the body is called white pearl. The grille has a V-shaped design, a design feature of the Nissan models.

In the interior there is a panoramic instrument panel manufactured with OLED technology that shows information of the car and also of the surroundings. At the top of the dashboard is a wooden molding that runs from side to side. The diagonal pattern in the seat upholstery has been made with a laser cutter and the headrests have a structure that has been produced using the 3D printing technique. The instrument panel can be controlled with eye movements and hand gestures, so the number of physical buttons has been reduced.