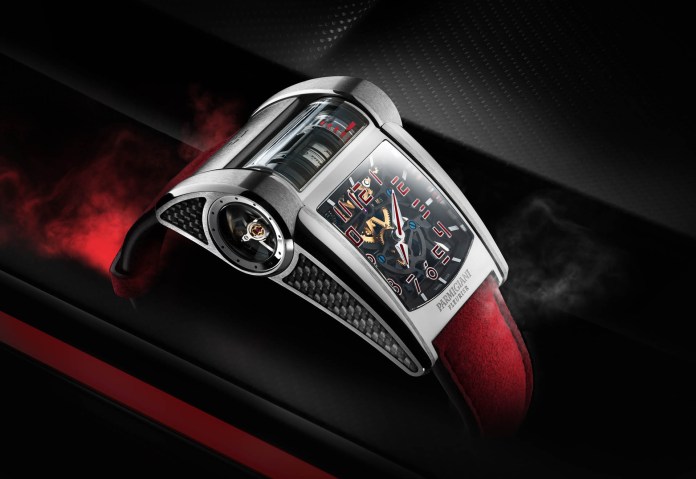 Parmigiani Fleurier wanted to create an anniversary version of the Bugatti Type 390 based on the new Bugatti Chiron Sport .

The Swiss watchmaking company has been working with Bugatti for more than 12 years with the new Chronograph Fleurier PF-Bugatti 390 Special Edition, drawing design data from Bugatti Chiron Sport, with a Tourbillon mechanism and described as a “motor block for the fruit “.

It also has a horizontal cylindrical mechanism, consisting of two “barrels” that carry most of the project, and “transmitted” to the rotating skeleton via three planetary mechanisms, with a device unique to watchmaking. Still, it includes nine of the world’s smallest bearings with a diameter of just 1.28 millimeters, while there are twelve ceramic spheres with a diameter of just 0.2 millimeters.

It can be left untouched for more than three days, and it shows the normal time, while it is water resistant to a depth of 30 meters. The engineer is embedded in a 18-carat and carbon-made modular casket, with the Alcantara red strap.

In theory, I could continue to mention all the 302 individual elements of the clock, but neither am I, nor do I think it would make sense.