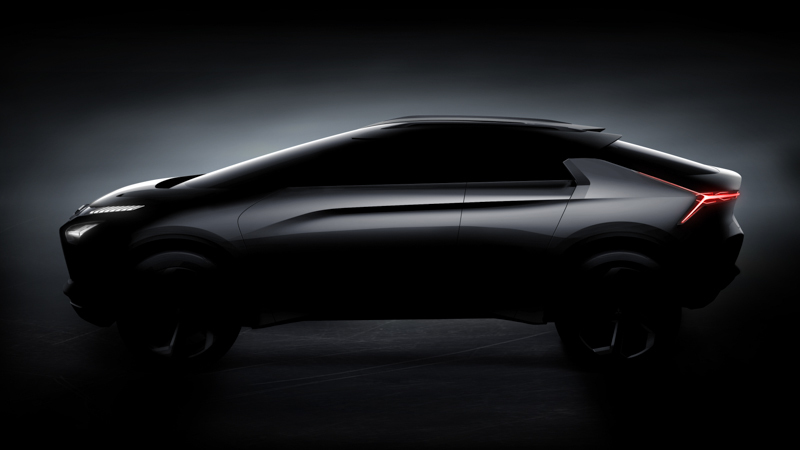 The Mitsubishi e-EVOLUTION CONCEPT is an electric prototype equipped with an artificial intelligence system, such as the recently introduced Honda NeuV  or Audi Elaine prototypes . Mitsubishi will give more details and will fully show its appearance during the Tokyo motor show to be held between October 28 and November 5, 2017.

Although the press release does not comment, judging by the images this car has the appearance of a light SUV. For the moment it says that it is moved by three electric motors, one for the front wheels and two for the rear wheels (it is called Dual Motor AYC, acronym for Active Yaw Control, which means active yaw control ).

The electronic management of the vehicle is prepared to anticipate the conditions of the road and the intentions of the driver, so that can advise you to improve your driving based on the data obtained. This advice is done through voice and images, which are shown through a generously sized screen located on the dashboard (of which there are still no images).

Many functions are handled by voice, such as air conditioning, windshield wipers or lights. According to Mitsubishi, e-EVOLUTION CONCEPT has used “the latest in Artificial Intelligence technology, including speech recognition and natural language processing, to correctly understand what the occupants say and converse with them in clear, understandable language in the midst of the noise of the road. This system also allows to recognize several drivers and adapt to each one of them. Through a data connection, it receives real-time information on the state of the traffic.