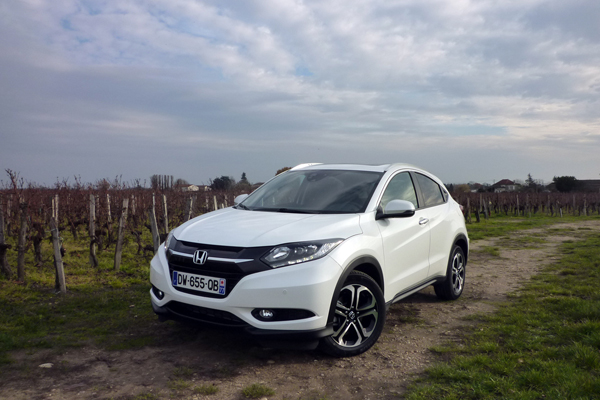 At the end of the year, we are often looking for what the best of the year. This time likeautomotive discuss a List Of The Best Cars In 2015.

While every year brings with it a plethora of new automotive releases, the last few years have seen an amazing increase in both the performance and technological capability of the new cars on our roads.

In 2015, the pace of progress quickened even more, leading to a crop of truly impressive machines of all shapes and engine sizes. Some were impressive for their sheer speed and power, others for how they’re constructed and what that means for the future of the industry, others simply because they were, well, just awesome.

Here’s our roundup of the 10 best cars released in 2015. To qualify for the list cars had to be genuinley new, not just an update of an existing model with a few new components whacked in for good measure. Let us know what you think in the comments below.

Porsche bills the Macan as the SUV for people who hate SUVs. But it’s also much more than that: it’s damn quick (topping 150 mph in the right conditions), it handles well, and can more haul a lot more than your groceries. What’s more, since it’s smaller than Porsche’s big-brother Cayenne, it’s also easier to manoeuvre in parking lots or traffic.

If anyone complains to you that it’s based on the more pedestrian Audi Q5 (it is), just point out that the Macan is longer and wider, but shorter than the Q5 too. Best of all, it that means it doesn’t have any of the Audi’s cumbersome body-roll.

Think of this car like a flashy rebound girlfriend — the two of you might not be looking at a long-term arrangement, but by God she looks better than the model you had before and right now that’s all you need to be happy. Then again, while the Ferrari California T is certainly among the best-looking cars to drop all year, it’s not exactly a slouch under the bonnet.

With a top speed of 196 mph and a 0-60 speed of 3.6 seconds, it’ll certainly get your blood racing, while the twin-turbocharged V8 makes it more fuel efficient too (meaning she’ll be a little easier on the wallet than your last relationship). Although, at $255,000, not that much easier…

The dirty little secret of the entire car industry is that virtually no one on Earth needs anything more than a Toyota Camry. Seriously, everything else is just vanity. Among all the cars that debuted in 2015, no car will be more reliable or dependable for a lower price than the Camry (and the only cars that might be more reliable are built by Toyota’s luxury brand, Lexus).

Much like the Camry, the Chevy Colorado is great truck for doing, well, pretty much everything. For some reason the Colorado has existed in other markets since 2012, but in 2015 it was brand new in the US, and for that we can be thankful. Besides its cargo and hauling capabilities it’s also equipped with AT&T 4G LTE via OnStar, so that passengers can enjoy full-time WiFi wherever they go, which also allows drivers to download apps directly to the infotainment system and preserve their smartphone batteries. Pretty neat.

Best Truck to Haul a Lot of Stuff: Ford F-series

When it comes to full-size trucks, Ford really gets it. Unlike GM’s trucks, which debuted last year, the all-new F-series sports a bed and cab made completely of aluminum, which drops the truck’s weights significantly. And the upside? More of the truck’s power and torque can be used to tow, haul, drag race or do whatever else you want to put it to.

Even better than that, since you’ll be dragging less weight around on the chassis, the fuel economy and handling both improve too. Yup, no doubt about it, this year the F-series caught GM flatfooted, and they’re going to have to do a lot to catch up.

OK, so technically the Jeep Renegade is a small SUV, but it’s far too fun/strange looking to put it into such a boring category. Part of the reason it looks so different to other SUVs is that it’s based on a modified Fiat 500L platform, meaning it’s Italian-built and American designed.

While Jeep still touts the Renegade’s off-road capabilities, we’d far sooner buy a front wheel drive version and head to the nearest vinyl shop for a dope decal wrap. After all, a car that looks like this is all about being noticed, so give the public what they want!

The Ford Mustang is the original, legendary pony-car, and most guys have lusted after one at some stage in their lives. The new generation isn’t a radical departure from the previous generation from a styling perspective, but it is a better car, having finally received independent rear suspension, ensuring a much more refined ride than its somewhat unruly predecessors. Most importantly, however, it is instantly recognizable as a Mustang, which is roughly 95% of the reason anyone buys one.

Where the 2015 Mustang really ticks the “inner child box,” however, is with the launch of Ford’s “Customizer” software and app, which lets you choose over 15 different aspects of your ‘Stang — everything from the hood to the headlamps, side spitters, spoiler and decals — all in an interface lifted straight out of a video game. Just don’t drive it like you would your Playstation.

Here’s the bottom line: The only people who put the Miata MX-5 down are those who haven’t driven it. It is the best value sports car on the market, and pares down everything you need to enjoy a good drive to the absolute essentials. To that end, Mazda managed to drop the Miata’s weight by over 100 kg from the previous generation, meaning it now weights just 45 kg more than the original 1989 version. Even after all those years, it’s still a blast and it’s finally ditched its cartoon-y styling for something a little more serious.

Lamborghini debuted a new car (the Huracan) and so did Ferrari (the 488). But both these Italians relied too much on style and drama to make their case to the world. With the McLaren, there is no pretense — only mind-blowing performance.

Not only is the 675LT the ultimate racing sports car to have been released this year, but it also looks absolutely fantastic. What’s more, it feels like McLaren have found their own design language, and there is a clear sense that all its cars look instantly identifiable as part of its brand.

If going really, really, really fast is your thing, and you’ve got $350,000 burning a hole in your back pocket — well, you’re still out of luck, because all 500 were snapped up in not much more time than this thing takes to hit 60 mph (that’s 2.9 seconds, btw).

The S-class Sedan was introduced back in 2014, and received rave reviews. This year Mercedes-Benz introduced the similar, but still different, S-class Coupe, and the reviews were just as gushing.

The S-Class Coupe is imposing, exclusive, and designed specifically for personal luxury. Let’s get this straight, it is not a car for hauling you and your buds to the club (unless, of course, it’s the country club). Rather, this is the kind of car you drive to paint a picture of fantasy about your life. It raises the question: “who is that?”, but doesn’t feel the need to answer. It simply cruises on by, equal parts statement and mystery. And isn’t that what true balling really is?