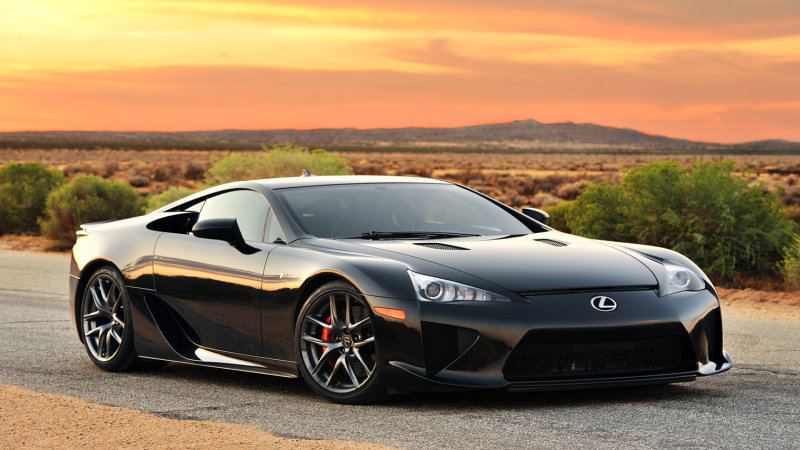 How much is Lexus LFA Price? If you missed out on getting a Lexus LFA when it was new, the time might be near to start looking for a less expensive used one. Listings indicate that the cost for the Japanese supercar is finally starting to drop below the original $375,000 sale price. That is Lexus LFA Price.

Since production stopped, LFA prices have generally remained higher than the original $375,000, but asCarBuzz recently found that trend has shown signs of changing. The site discovered a black 2012 example on Craigslist with 2,797 miles for sale in the San Francisco for $369,000. It’s quite a beauty, too.

Further research shows you can find an LFA even cheaper. AutoTrader currently lists eight of the supercars for sale, including the one in San Francisco. However, another black 2012 example in Florida is just $349,000with 2,005 miles on it.

If you wait around for the right auction, there are even better deals out there. Sportscar Market reported that a White Pearl 2012 LFA went for $335,000 at a Russo and Steele auction in California in June 2015. The buyer got quite a deal because the Japanese supercar had a mere 140 miles on it.

Buying a vehicle for over $300,000 is still well out of the reach for most customers, but these listings hint that LFA prices are beginning to fall. The Lexus will never be at the neighborhood used car lot, but if this trend continues, it could make for some interesting shopping. For instance, if the Japanese supercar drops into the $250,000-range, would people consider spending a little more to buy one instead of a well-optioned new Acura NSX? The Lexus’ engine certainly sounds better, and the company has no plans for another supercar of that caliber.