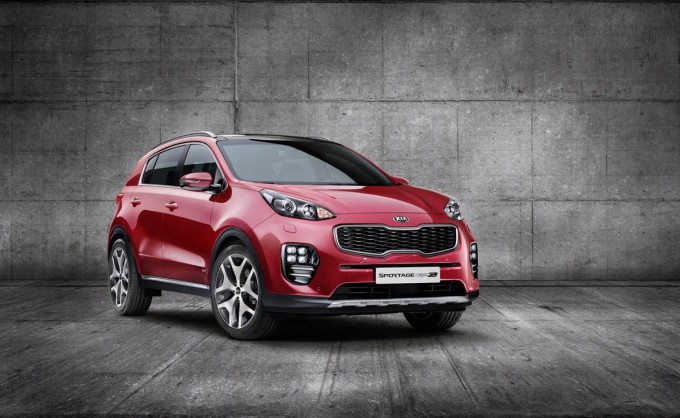 The silhouette remains, but the Kia Sportage 2016 vintage is not less unrecognizable. Optical high overlooking the tiger nose dear to Peter Schreyer, blocks of four on both DRL and another in the manner of the Cee’d GT, not forgetting the large taillights reminiscent of K9, the Korean crossover takes on a whole look. Remains to be seen if the “absolute  dynamism” promised by Kia is waiting for you firsthand, these first pictures really making does justice to the outrageous muscles that suggestedthe sketches (or the comparison with a fighter suggested in the press …).

This muzzle Porsche Macan way, which also evokes the concept Niro’s Frankfurt Motor Show 2013, should nevertheless be a small effect in the rearview mirror. What roll in the footsteps of the current model with a nice career – is the best-selling brand, ahead of its segment as a historical reference RAV4- Toyota owes much to his style.

Apart from these photos, Kia reveals nothing significant. The increased wheelbase (2.64 m on the current) should benefit the livability. The marking indicates that in-front overhang was extended while the rear overhang has been revised downwards. The total length should always be around 4.45 m, which would place the Sportage exactly in front of a Renault Kadjar. Hopefully the trunk, one of the strengths of the current model (564 l), has been preserved in the case.

Meet at the Frankfurt Motor Show to discover the characteristics of the new Kia Sportage.