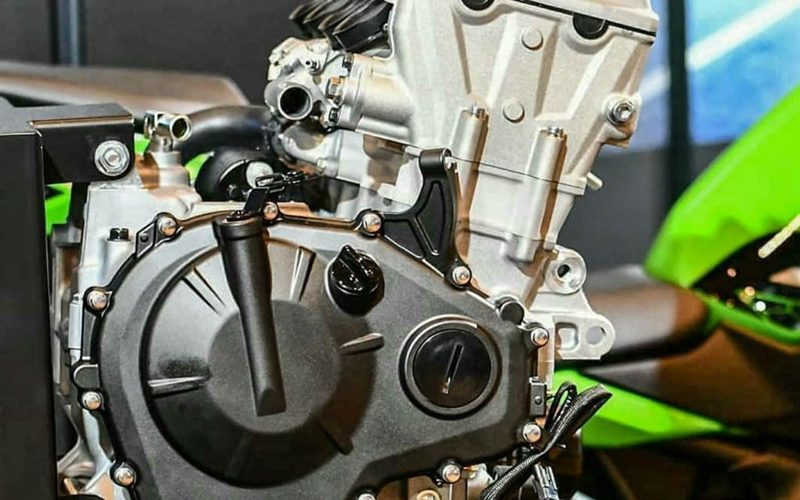 There is still information coming out for continuous updates. For the news of the Kawasaki ZX-25R, it is clear that it will be unveiled and officially launched for the first time in the world in Indonesia on April 4, before the release of the Thai sales shortly thereafter. And the latest details about it, which we have received, are a set of images of their engines that are displayed in the headquarters of Kawasaki Indonesia.

From the picture does not need to elaborate much, it is clear that it is a 4-cylinder engine that many people crave very much in this era. Which, though, has somewhat different characteristics at various points But if you guys carefully observe each other And you can see that the position of the various parts Such as the oil filter, the shape of the crank lid shape, the bottom of the engine oil tank of the ZX-25R is similar to the older generation of the legendary Kawasaki ZXR250 clearly.

That means Although almost 20 years have passed (since the last year it is still being sold), the ZX-25R’s engine is still relevant. Or based on the much-developed 2004 model of the ZXR250, so even though Kawasaki didn’t specify the cylinder size x cylinder stroke of the new Sport Replica Bike in 2020, it would probably Must not escape the 49.0 x 33.1 mm numbers that give the ratio in the form “Older children – short stroke”