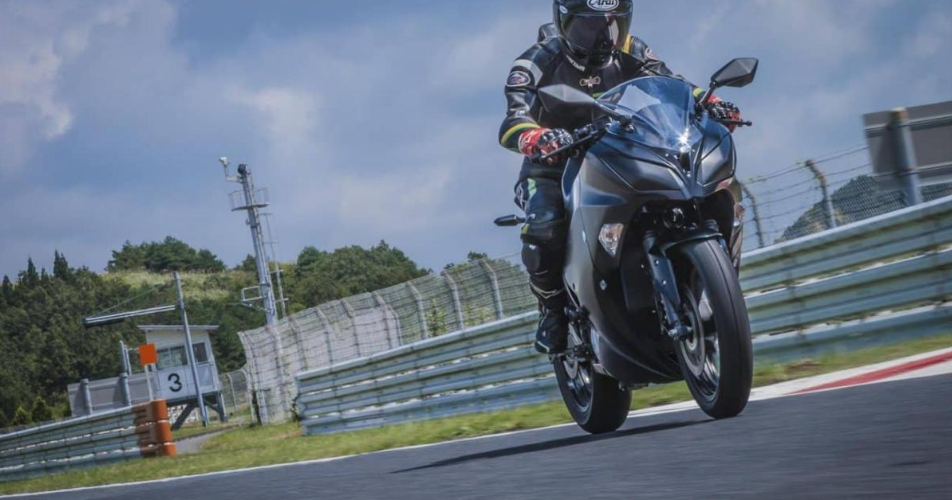 Introduced at the EICMA show in November 2019 in the form of a prototype, the first electric motorcycle from the manufacturer Kawasaki is gradually taking shape. His name has even been revealed by the brand, when the first details about him seem to have already leaked on the canvas.

Until then very discreet on the electric two-wheeler market, Kawasaki is preparing, slowly but surely, to launch its first zero emission motorcycle. The time is not yet to market a product, but to develop its model introduced in the form of a prototype at the EICMA show last November.

At the time, the Asian brand had not leaked any information about it. But now its leaders are showing a little more talkative in this month of April 2020, and this through a series of videos published on YouTube. The opportunity, in particular, to discover the surname of the craft: the EV Endeavor, several times highlighted on the track.

The Endeavor is distinguished in particular by the presence … of a four-speed manual transmission. Strange, you say, for an electric. But the instigators of the project here wish to imitate the sensations of riding a thermal motorcycle, which purists will appreciate, or not. However, you will have to take your time patiently since no release date has been communicated.

Far behind the Zero SR / S

According to the specialized Visordown site, which is rather well informed on the subject, the electrified machine would develop a maximum power of 20 kW, or 27 horses, while its autonomy would tutor the hundred kilometers.

Technical specifications located at the antipodes of the recent Zero SR / S , including the 82 kW engine (110 horsepower) and the 190 Nm torque give it a top speed of 250 km. Not to mention the range of 259 km in the city.