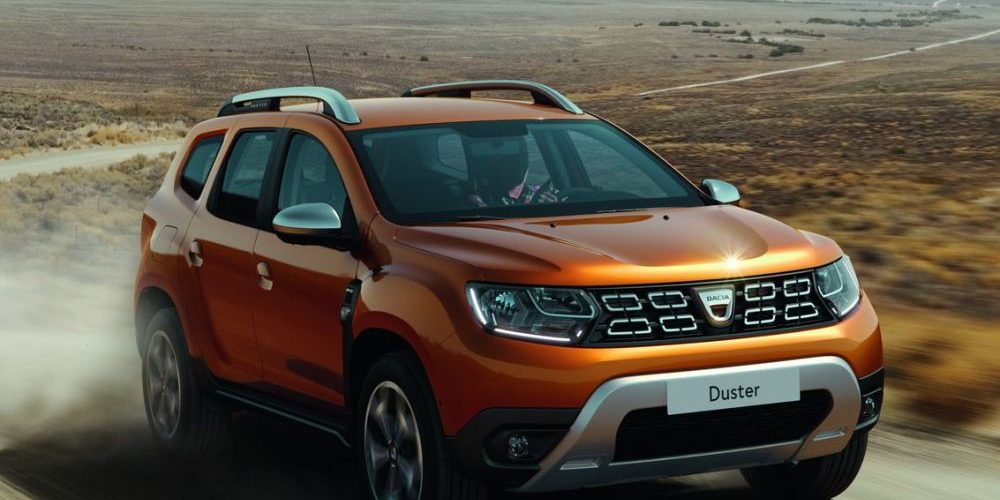 The first pictures are unveiled this Wednesday. The new “SUV” Dacia Duster II will be available in France in early 2018. Developed on the famous Logan platform, it will be more sturdy and robust, but the current low prices will be maintained.

Did you like the Duster? You will love the “SUV” Duster II. This Wednesday, Dacia unveils the first pictures of its new low-cost SUV, which will be presented on September 12 at the Frankfurt Motor Show. For a planned launch at the end of the year. France is expected to reach its first specimens in early 2018. A version under the Renault brand – for non-European countries – will appear in the first half of next year with a different grille. Produced in Pitesti (Romania), the Dacia Duster II takes up the main lines of the current model released in 2010.

More sturdy, more robust, but at the same price

At the same dimensions as the old one and available with almost identical motors, the Duster II takes back the platform common to the entire Dacia range. However, not one body part is identical to the first generation model. Inside, the dashboard is also different. The goal is to offer a more sturdy Duster II, more robust, but without denying the fundamentals of the brand. The prices should be more or less the same as those of the current vehicle (from 11,990 euros). Rival of the Jeep Renegade (from 18.950 euros), Suzuki Vitara, Ford Ecosport, the Duster II will keep its economic advantage unbeatable. The off-road capabilities will also be preserved on the 4×4 version.

Outside of Pitesti, the Duster II should also succeed the current one in the Russian Renault factories of Moscow, Curitiba\’s Brazilian, Chennai Indian. It could also be produced in Iran. The first-generation Duster made a record in Russia, South America, India and the Maghreb, not to mention Europe. The first Duster was a real success. “It happened last year at 400,000 units per year under the Renault and Dacia brands,” explains François Mariotte, Dacia’s sales manager. “And I lack vehicles,” he adds. In seven years, 2 million units were born, half of them under the Romanian label. The Duster, which accounts for one third of low-cost vehicle sales from the tricolor manufacturer,

The keys to success: economies of scale

The keys to success? All the vehicles of the “Entry” range, except the very low cost Kwid sold under the Renault brand in India and South America, are based on the same platform called “B Zero”, that of the … famous Logan of the first generation (2004). It is therefore 1.2 million vehicles on the same platform that were manufactured last year in the world, with at least 50% of common components (in value). Synergies that all manufacturers envy!

In addition, a car of this range “Entry” includes “a quarter to a third of parts less compared to a Renault”, says Vincent Fournier, program director at Renault. “We have a real culture to reduce costs.” Designers and engineers discuss with suppliers, agree to modify a part, until the cost is fixed, and there is an enormous amount of time, “says David Durand, director of design for the Duster II. Finally, all these vehicles are produced in countries with low wage costs. The production cost is therefore very low (less than 5,000 euros for a Logan, according to our information). In addition, selling virtually no advertising, in Spartan concessions, practically without discounts, allows commercial costs,

Who are the customers? Buyers a little older than those of a Renault in Europe, “that is 52-53 years on average,” says François Mariotte. 40% of buyers come from a used vehicle, 7 to 8% access with Dacia to their first vehicle. The others are either financially constrained, or “more and more motorists who refuse the race for over-equipment, more electronics, and cars that grow,” François Mariotte insists. “Our big challenge is to stay focused on the brand’s DNA: simple, reliable, affordable cars.” The Duster II corresponds to this definition.