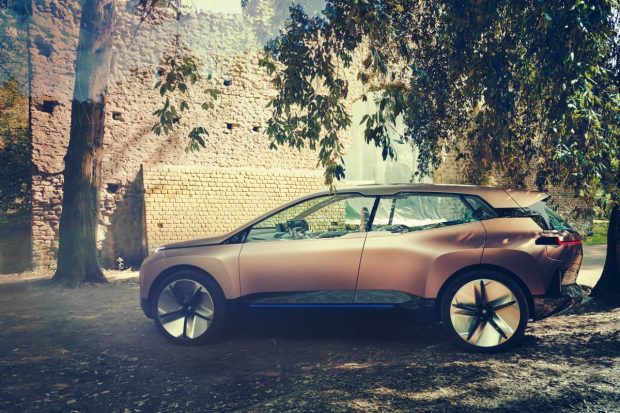 The German automaker has just unveiled its electric SUV project. A model that could shade that of Tesla.

Named iNext Vision, BMW’s new vehicle has something to impress. For CEO of the brand, Harald Kruger, “The BMW Vision iNEXT represents a new era of driving pleasure”. This is the least we can say since this SUV concentrates most automotive technologies. A new driving experience since the passages will decide whether or not to take the wheel, leaving the intelligent vehicle controls. In the coming years, the CEO believes that the car will become “a new space in which we can be ourselves and relax.”

A space apart that could be closer to a travel companion since a mode “exploration” will be possible. The passengers will be able to suggest places in the surroundings to discover, the car will then be able to adapt its course. And why not make these suggestions vocally? It will also be possible thanks to a smart assistant Shy Tech.

Totally autonomous, electric, the SUV will also allow these passengers to project images and videos indoors. There will also be tactile interfaces for front and rear passengers to make it easier to change vehicle settings. According to the first previews available, the SUV promises to be impressive.

The manufacturer hopes to release the first iNEXT Vision SUV in the course of 2021. In the meantime, it is reassuring. In the next two years, new projects should emerge. From 2019, Mini 100% electric vehicles will appear. We can also count on the BMX iX3 from 2020, also 100% electric.

In 2007, the German car brand had indicated its desire to stand out from these competitors with an iNEXT range. According to the CEO, this range “will provide [the] basics for the future” and other brands will also benefit from their technologies.