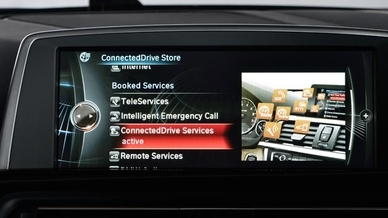 BMW Increases ConnectedDrive Security in The Vehicles – BMW increases the security of data transmission in its vehicles. Thus, the automobile manufacturers respond to notices of ADAC, who had discovered a vulnerability in data transmission. With 2.2 million cars, the doors could be opened easily with electronics accessories.

The ADAC BMW had undergone in vehicle-networking a targeted review. A potential vulnerability that has been found here covered the transmission by wireless network, hardware was not affected. The carmaker could close the gap quickly and safely in all vehicles. The access to driving-related functions was excluded at any time. A workshop visit was not required.

The update occurs automatically when connects the vehicle with the BMW server or the driver calls the service configuration manually. The online services ConnectedDrive communicate since using the HTTPS protocol previously used comes already with Online Entertainment and the Internet. Thus, the ConnectedDrive offers available in the vehicle, the encryption that is used in most cases by financial institutions for online banking. With the HTTPS protocol, the data is encrypted on the one hand and in addition, the identity of the BMW server is checked from the vehicle before data is exchanged over the wireless network.