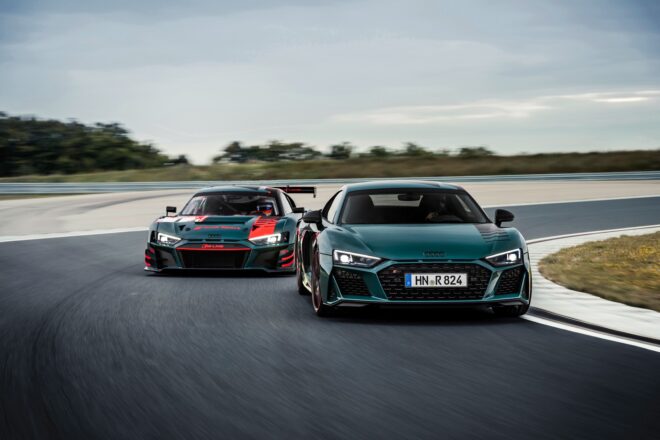 Now we know what Audi’s registered R8 Green Hell name was referring to in recent months. We are talking about a new special edition of the R8 which has just been unveiled by the House of the Four Rings and which will be produced in a limited series of 50 units with a price that in Germany starts at just under 234,000 euros.

In spite of what the name would lead to think, the Audi R8 Green Hell (Inferno Verde) does not pay homage to the Nurburgring circuit but to an Audi racing car that has achieved numerous successes on that track, namely the Audi R8 LMS which since 2012 has taken home five overall victories at the 24 Hours of the Nurburgring.

Aesthetically, the R8 Green Hell is inspired by the R8 LMS number 1 of the Audi Sport Phoenix team with dark green livery. However, Tioman green , as it is called by Audi, is not the only color available for the body, with the R8 special edition which can also be ordered in Ibis White, Daytona Gray and Mythos Black. Beyond the chosen color, the R8 Green Hell stands out for details in matt blackon hood, roof and A-pillars. As well as in matt black are also the mirror shells, the side skirts and the rear diffuser. Other special details are the 20-inch wheels with matte black finish and red accents. To complete the look, there are also the “Green Hell R8” lettering in glossy black on the sideblades and on the upper part of the windshield.

The interiors of the Audi R8 Green Hill feature enveloping sports bucket seats upholstered in Alcantara, with a series of contrasting blue-green stitching to embellish the passenger compartment where the customized leather and Alcantara steering wheel with red hour insert is also located. 12 and the dedicated mats. 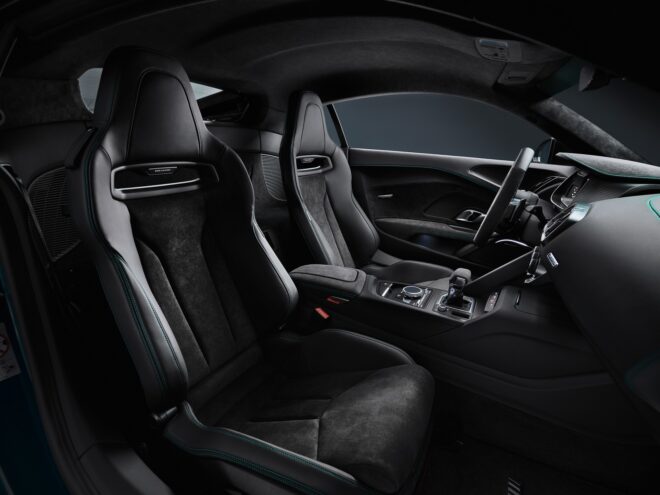