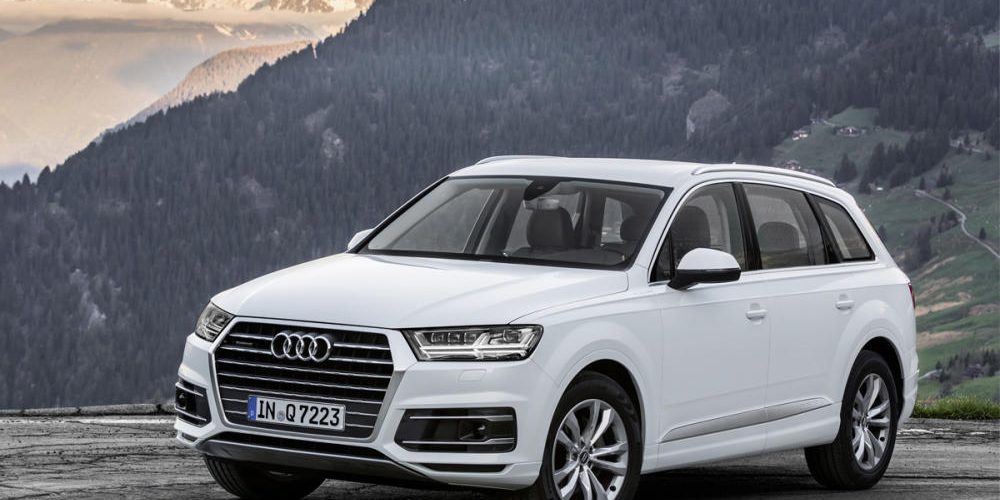 In recent years there has been a clear proliferation of SUV models; however, a manufacturer has taken advantage from the start: Audi. Audi Q Series Models

Slim víctor The strong demand for SUVs that have hit the auto market in the last decade has made ​​almost all car manufacturers offer at least a model with these features in its range. However, Audi has opted fully for them and now collects fruit: has . The best SUV Whether in car bodies, engines, versions or trim levels, has managed ahead of his competition. Here we show you the four models Audi SUV on the market today, including the new Q2 presented at the recent Geneva Motor Show :

The small crossover presented by Audi at the current Geneva Motor Show has all the ingredients for a success. The market really has no rivals direct beyond theMini Countryman , as the BMW X1 or the Mercedes-Benz GLA is put squarely in the field of Q3 by -close length of 4.5 m-. It also promises a very attractive price – in Germany start at 21,000 euros – and its offer will include petrol and diesel engines between 116 and 190 hp. As an option, you can equip and traction Quattro S-Tronic change.

It is the first Audi manufactured in Spain, although from 2018 the urban A1will be replaced at the factory in Martorell . On sale since 2011, he suffered arestyling last year and the current generation -the first- is in its maturity. The result of this alternative consists of gasoline and diesel between 150 and 184 hp, leaving as the crown jewel of the Q3 RS, with 340 hp gasoline engine and sporty performance. Compact outside, includes a load capacity of 460 liters and 5 large squares, and like the A2, can be selected with automatic transmission and 4 – wheel drive.

The oldest after the SUV Audi Q7 came to market in 2008 and, after undergoing a facelift in 2012, his replacement is just around the corner. It is not outdated, since it is a tough rival for the BMW X3 or the Mercedes-Benz GLC . Your offer is very broad, encompassing not only diesel, gasoline and hybrids between 150 and 340 hp, but also 4 finishes different in which boasts a comprehensive equipment as standard and from the lowest version: dual zone climate control, remote opening boot, alloy wheels 17 “, heated and electrically folding mirrors, roof rails €

Just released its second generation since its birth in 2006 has managed to rub shoulders with the best: Porsche Cayenne , BMW X5 , Mercedes-Benz ML € Its low center of gravity allows you to approach some sports in behavior, thanks to its three engines: 3,0 TFSI 333 hp, 272 hp 3.0 TDI -consume only 5.7L / 100km- and hybrid e-Tron, with 374 hp. However, the SQ7 -4.0 435 hp diesel will arrive next spring. Its more than 5 m in length give it an enviable habitability,with a load capacity of 890 liters and traction Quattro will make you overcome any obstacle