According to the manufacturer, the 2021 Toyota Corolla Apex offers its driver “seriously athletic” handling.

It must be said that, since the famous “No more boring cars” promise of its president Akio Toyoda in 2016, Toyota now offers a range of remarkably exciting models, from the simple Camry TRD to the sporty Supra. Now it’s time for the 2021 Toyota Corolla Apex , another car from Toyota that tries, by all means at hand, not to be boring.

The 2021 Toyota Corolla Apex press release contains some pretty funny superlatives. Phrases like “it captures attention”, “it sticks to the bends” or, again, “a truly dynamic dynamic force” try to convince us that this is a real sports sedan.

Admit it’s hard not to smile, because this is a Corolla! 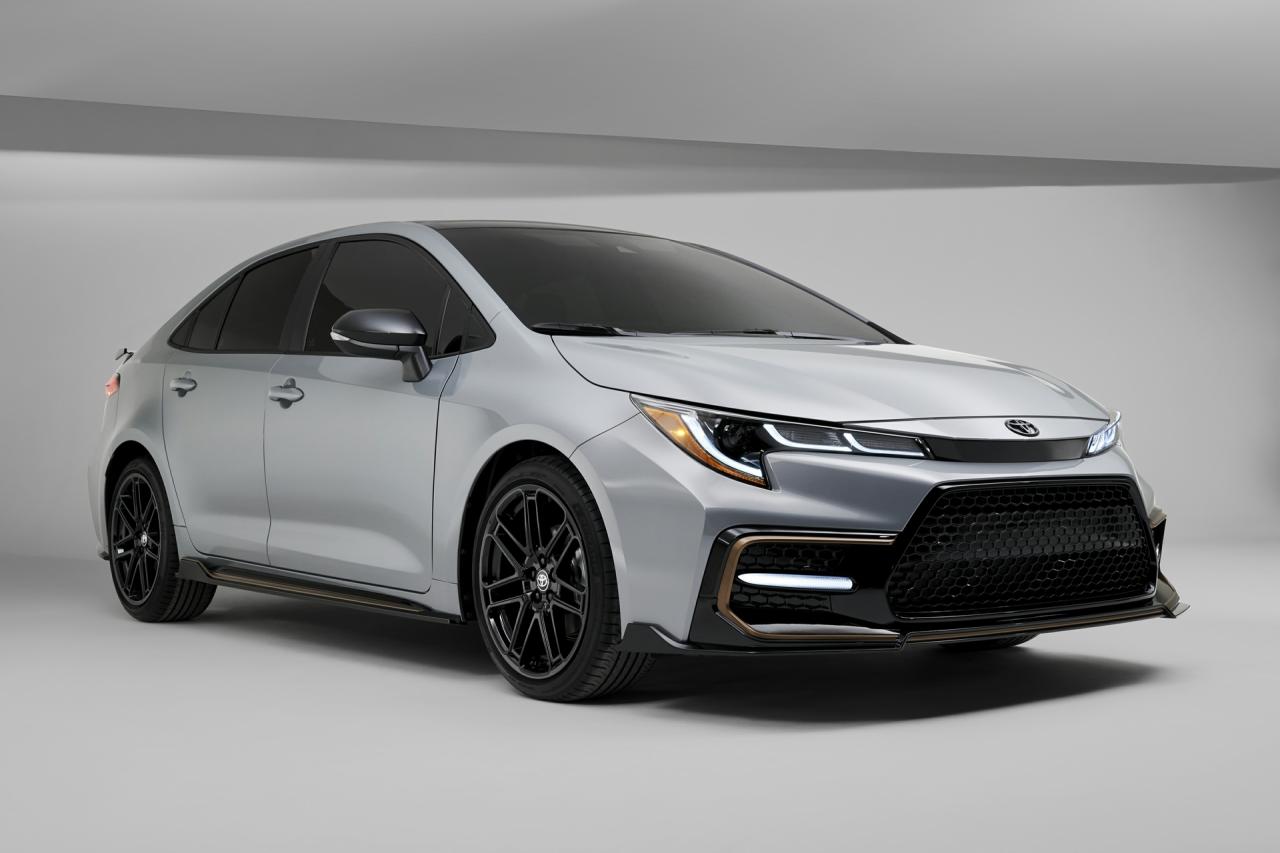 But Toyota seems serious with its press release. The Apex Edition certainly adds nothing to the powertrain; So this Corolla is still powered by the 2.0-liter “dynamic force” 4-cylinder engine that develops 169 horsepower and produces 151 lb-ft of torque. It can always be combined with a 6-speed manual gearbox or a continuously variable automatic (CVT).

In its defense, I have to say that I particularly liked this engine in the Corolla SE, because of its pleasant reaction times, sufficient power and ease of climbing in the towers, qualities that combine particularly well. with the manual gearbox. This engine, although reliable, is however not as powerful as the turbo engines of the Honda Civic Si, the Volkswagen Jetta GLI or, even, the South Korean Hyundai Elantra Sport and Kia Forte GT. Toyota still has no major competitors to compete with its models. 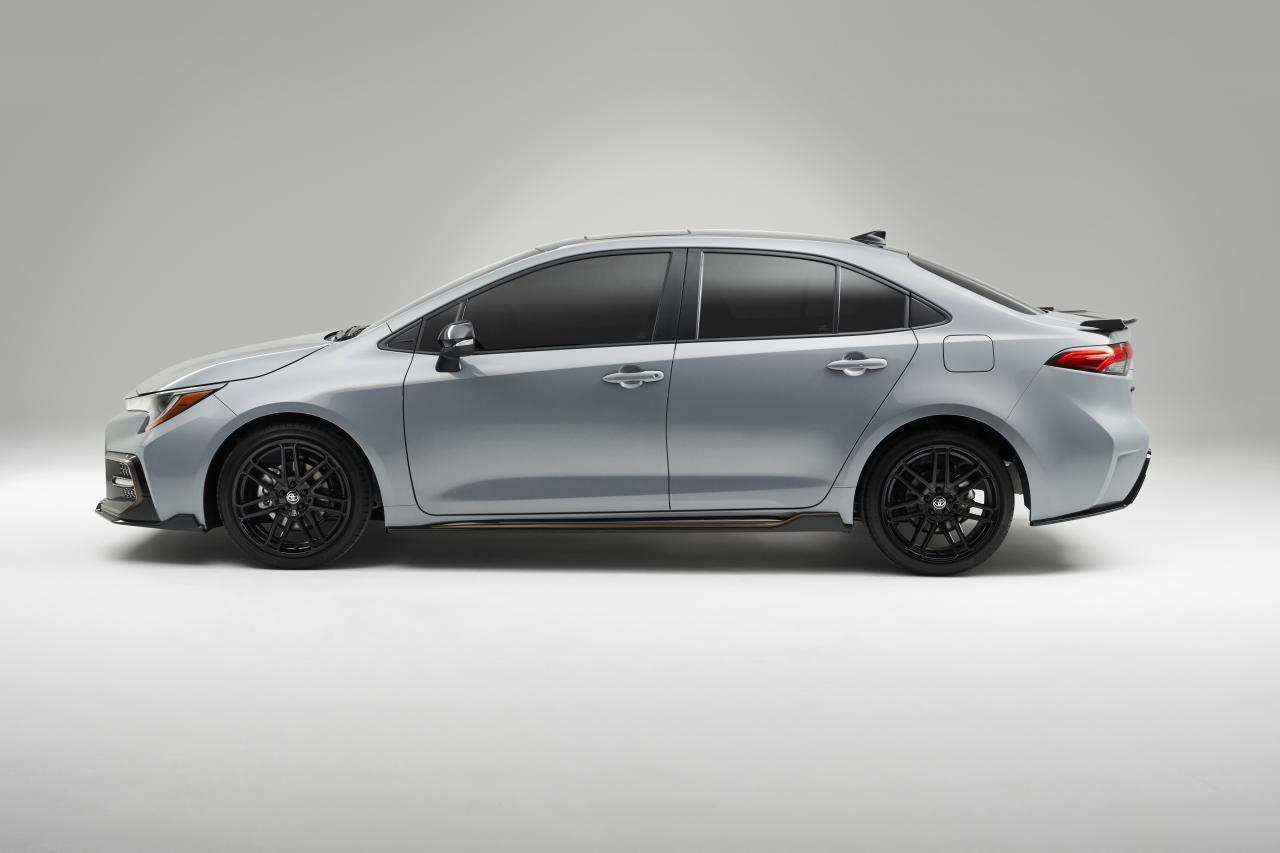 It is especially in terms of suspension that the Toyota Corolla Apex 2021 stands out from its rivals. In fact, Toyota proudly claims that the Apex edition has been calibrated on the track. It therefore receives new coil springs which make it possible to lower the ground clearance of the vehicle by some 15 millimeters.

Toyota then added specially calibrated shock absorbers with internal rebound springs, stiffer solid stabilizer bars of 47% at the front and 33% at the rear, and new shock stops that ensure good quality. ride despite lowered suspension.

In addition, the Corolla Apex\’s power steering has been recalibrated to give it a little more precision. Blackened and lightened rims of around 1 kg per wheel will be part of it. A cat-back type exhaust with a 3.5-inch tip will allow the Apex Edition to have a distinct sound. The brakes, however, remain identical to those of a Corolla SE. 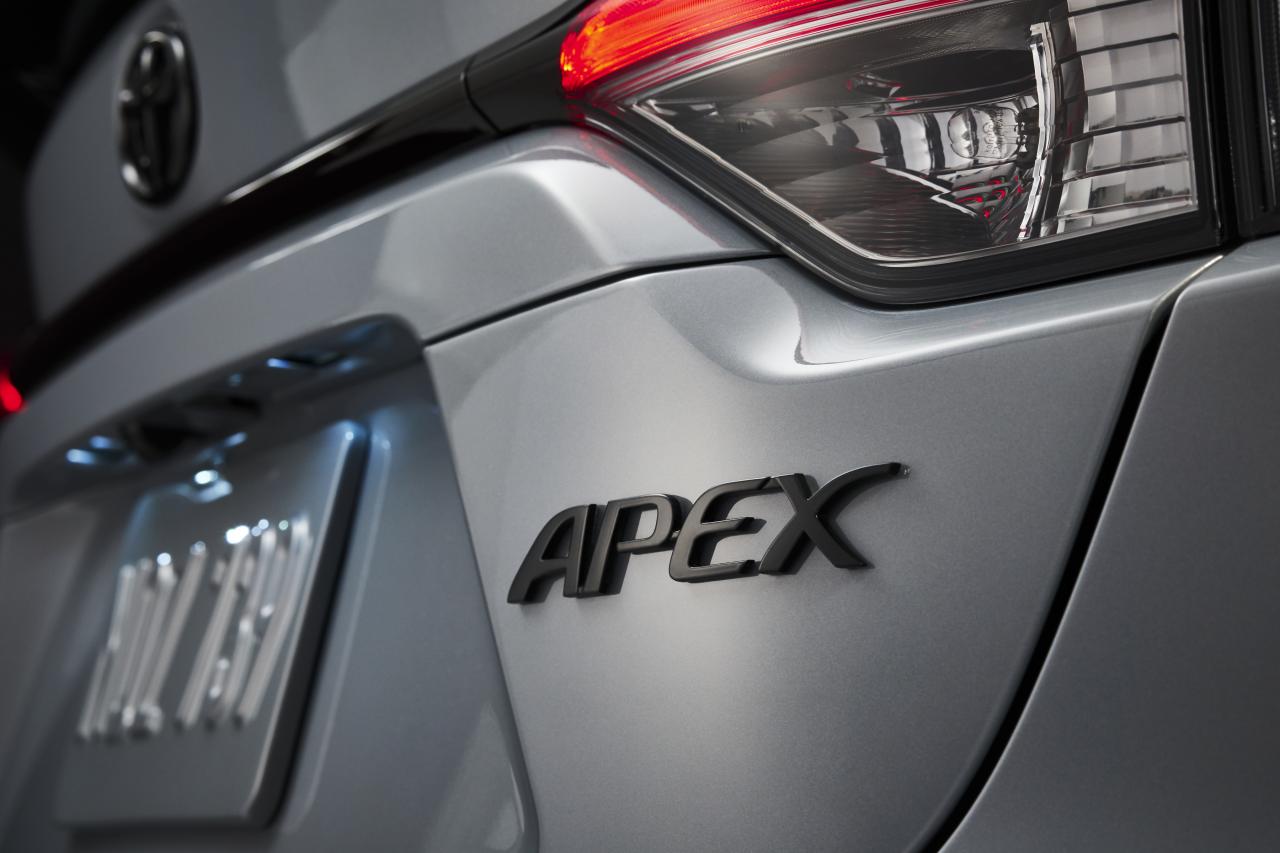 A few unique aesthetic elements, such as a bronze and black combination, a cement gray color with blackened roof and mirrors, as well as a subtle rear spoiler will allow the Corolla Apex to stand out even more.

Marketed in only 150 units, the Toyota Corolla Apex 2021 will arrive in dealerships across the country this fall.