The 2021 F-150 may be the 14th generation of Ford’s pickup, but it’s also the first to offer a full hybrid option. The 2021 F-150 PowerBoost sees the F-series embrace electrification for the first time, and the benefits go beyond economy.

Ford’s system does not intrude on the gasoline engine. It is in fact a 3.5-liter twin-turbocharged V6, whose power and torque figures have yet to be announced. The automaker combines it with a modular 10-speed hybrid transmission.

This gearbox is fitted with an electric motor, which supplies 35 kilowatts or 47 horsepower to the transmission. When the truck slows down, the engine operates as a generator, powering a 1.5 kilowatt-hour lithium-ion battery. This battery – liquid cooled – is packed under the F-150, so as not to interfere with the cabin or bed space.

All in all, says Ford, he expects the F-150 PowerBoost to offer the most torque and power of any light full-size pickup. The full range must also be confirmed, but Ford estimates that you will be able to travel approximately 700 miles on a full tank of gas. As for towing, count at least 12,000 pounds.

It will not only be kept for a few selected versions either. The 3.5-liter PowerBoost transmission will be offered at all trim levels, from the XL input to the high-end Limited. A 12V battery will be used to power the starter motor, while a high / low voltage converter is responsible for managing the low voltage loads. 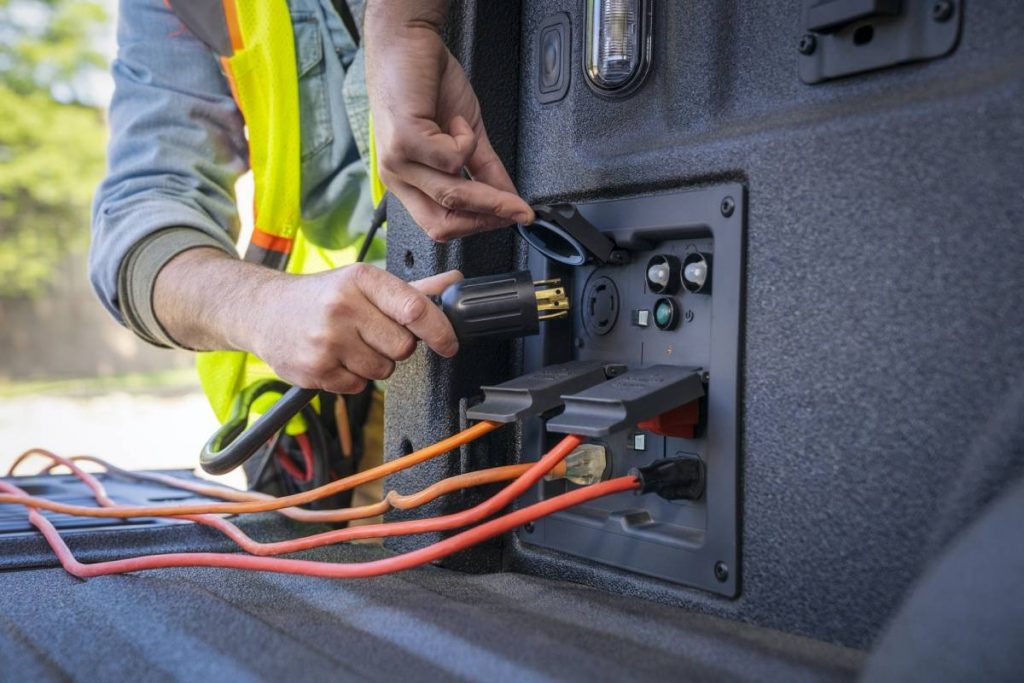 The most interesting, however, is the Ford Pro Power on-board system. This is a generator built into the F-150 2021, which can be used to power tools and other electronic devices using outlets in the cabin and in the bed. Ford will offer it as an option on all 2021 trucks, but it will be more efficient in the PowerBoost version.

The standard Pro Power Onboard system will provide 2.4 kW in the PowerBoost truck and will have two 120 V 20 amp outlets. However, there will be a second version, with a power of 7.2 kW and not only four 120 V sockets, but also a NEMA L14-30R outlet of 240 volts and 30 amps. Ford suggests that this could be enough to drive a whole series of construction kits, or to have a pretty epic tailgate party with an electric grill, a TV, etc.

In addition to providing power when the F-150 is parked, the Pro Power Onboard also works when it is in motion, so it can recharge tools while driving between jobs. 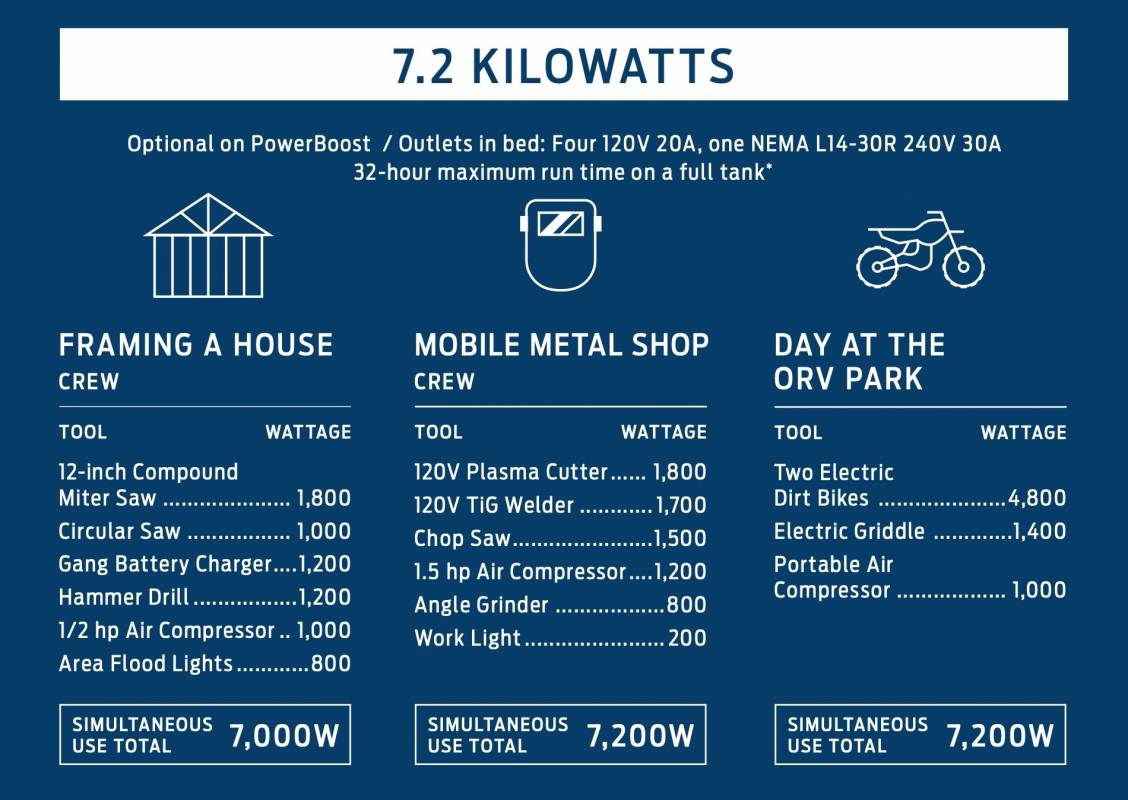 What the F-150 PowerBoost is not, however, is a plug-in hybrid. Nor should we expect electric autonomy: Ford does not give a figure for this, which certainly implies that the hybrid system is supposed to work with the petrol engine running, not alone.

Ultimately, Ford confirmed that there will be a fully electric version of the F-150. At the moment, however, details on this truck are scarce. All we really know is that – in line with what we expect from electric vehicles – there will be a lot of torque for transportation, and that Ford says to expect it in the next two years.