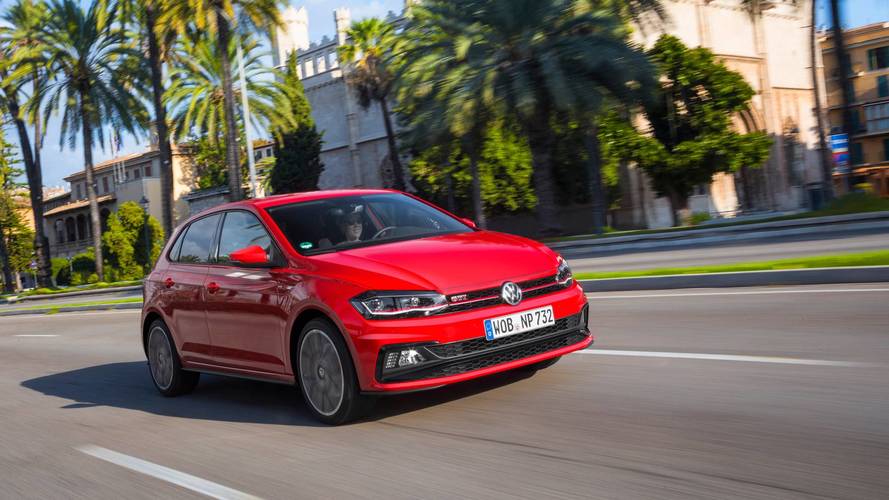 If the Polo aesthetically looks more and more like the Golf, has it also inherited its sports genes? 2018 Volkswagen Polo GTI

Far from being as mythical as the Volkswagen Golf GTI , the Polo GTI still enjoys a solid reputation in the city sports segment. Despite everything, for years now, it is far exceeded by many other sports in its category. Too smooth, not extravagant enough … Critics did not miss on previous generations.

However, in Europe, the Polo GTI has a nice love rating, as evidenced by the sales figures. Indeed, the previous generation has sold twice as much as a Peugeot 208 GTi in 2016, and three times more than a Renault Clio RS Only the Ford Fiesta ST is getting better sales than the German.

Finally, even though we have long been critical of the Polo GTI, customers are not mistaken. Perhaps after all, Volkswagen is playing on the image of its Golf GTI by attracting customers who can not afford it, and who, logically, are turning to a smaller production of the brand. So what is the value of this new Volkswagen Polo GTI? We went to the side of Palma de Mallorca for a test run on circuit and open roads.

Everything has been said about the style of this new Polo . Indeed, it looks more and more like a Golf and its dimensions are also close to those of his big sister. Its sporty version is no exception to the rule, and even better since it dresses a sporting hardware much more extravagant compared to previous generations.

Specific grille with honeycomb grille, red edging that crosses the front and extend to the inside of the optics, more massive front and rear shields, protruding sills, black spoiler at the rear, double exhaust chrome … In short, from the first glance, we know who we are dealing.

Like us, you have probably said that the ingredients were generally more conducive to sportiness with wider tracks, a longer wheelbase and a slightly lower height than the older generation. We will see a little below what this gives in fact.

The Volkswagen Polo GTI is today the most technological in its category. It is a fact. And it enjoys a lot of head start, even in front of the new Ford Fiesta ST that we have not tried yet, but we have already been able to take the temperature, especially inside.

Compared to a Peugeot 208 GTi and a Renault Clio RS, the German is better almost everywhere. Logic since its two direct competitors are gradually beginning to blame the weight of years.

The car is even more richly endowed since it is standard on the GTI version, equipped with the Active Info Display system which retransmits some of the information related to driving under the eyes of the driver via a 10.25 screen. inches, capacitive touch screen eight inches in the center of the center console or these cloth seats with legendary Scottish patterns.

On the other hand we will pester against some options that could clearly have been standard, such as the reversing camera (300 euros), or the recharge of the phone by induction (440 euros). Mesquin for a car that appears from 28’920 euros.

The theory of relativity

Before starting our part dedicated to driving, let’s touch a few words of the mechanics of our Polo GTI. Exit the 1.8 liter of the previous generation, up to 2.0 liters TSI (EA 888). An astonishing choice for a car in this category where all competitors compete for the most part with 1.6 liters of displacement. Auspicious for driving pleasure? This block distills 200 horsepower (at 6000 rpm) and 320 Nm of torque. Volkswagen announces 1280 kilos on the scale and a weight / power ratio of 6.4 kg / hp. Our trial version is equipped with a six-speed dual-clutch robotic gearbox that distributes power to the front wheels only. The 0 to 100 km / h is announced in 6.7 seconds and the maximum speed to 237 km / h.

In fact, what does this give? Volkswagen made a mistake. We immediately offer the car on circuit. Usually, we do not piss against tests on circuit, on the contrary, it is the opportunity to test the limits of the car. For the Polo GTI, in concrete terms, this session served it better. From the first turns, we quickly observe a lack of dynamism quite obvious with a roll of uncontrolled weight, a car that collapses on its supports, and an XDS (differential self-locking electronic) to the trouble. The gearbox does not shine either by its intelligence with downshifts intervening too early braking. Fortunately, we can regain control by passing the box in manual control. Unfortunately, she will not let you do everything,

The 200 horsepower and 320 Nm of torque (available from 1500 rpm) are there with acceleration rather correct and good times at low speed.

In a bend, the Renault Clio RS Trophy or the Peugeot 208 GTi by Peugeot Sport go without worry 10 km / h above where the Volkswagen Polo GTI will show its limits with an overloaded front axle. The overly artificial steering and the brakes that tend to whiten a little fast do not help at all. Feeling the pedal is also immediate with a spongy effect not really nice for a car that wants to be sporty. The 2.0-liter engine still offers more amenities than the older 1.8-liter, the DSG can now cash out the 320 Nm of torque where the previous generation stagnated laboriously at 250 Nm (with the DSG box and 320 Nm in manual gearbox). The 200 horsepower and 320 Nm of torque (available from 1500 rpm) are there with acceleration rather correct and good times at low speed. The 0 to 100 km / h initially announced in 6.7 seconds we have

You will understand, on the track, the Polo GTI is not at ease and is literally crunched by the Renault Clio RS Trophy, Peugeot 208 GTi by Peugeot Sport and other Ford Fiesta ST200(before the arrival of the new generation). So we went on open roads to really see what this Polo GTI was capable of in real conditions of use and where it will be used at 99.9% by its future customers. Once the first turns of the wheel engaged: change of tone. With a conventional and more sustained look, the Polo GTI is a sport pleasant to live with flexible suspensions that perfectly filter the roughness of the road, without unsightly upslope in the direction. All the reverse of the Peugeot and Ford in sum. Comfortable, quiet and quite sober, it will respond to any of your solicitations on the right pedal under a rumbling not unpleasant to the ear but artificially amplified via the windshield bay.

The Volkswagen Polo GTI shines with its versatility failing to shine by its sportiness. A version R should probably remedy all this, not to mention the manual transmission version that will point the tip of his nose in September 2018 and should lower the price of entry. Precisely, in this regard, the Polo GTI sixth generation is displayed from 28’920 euros, or 260 euros cheaper than the Polo GTI fifth generation.

It appears 830 euros below a Peugeot 208 GTi by Peugeot Sport. The French is nevertheless much more efficient on the track, but it will sear with its embedded technologies where the Volkswagen will do anyway better because more recent. Its real competitor is actually the 208 GTi “classic” which is displayed from 26’350 euros. For its part, the Renault Clio RS starts from 26’900 euros, and 29’900 euros in its Trophy version.

In any case, the Polo GTI is not able to rub on track to the two most extreme French. It plays in the category of smaller, and in this area, it is more expensive to 2570 euros compared to the Peugeot and 2020 euros compared to the Renault. A difference that can be explained by the fact that the Polo is clearly above the tricolor duo in terms of technologies. In terms of performance, the Peugeot 208 GTi and Renault Clio RS “classic” do not impress on the circuit either.

In fact, the Polo GTI is part of the tradition of these versatile sports. It deserves a more radical version to get the best of the category. That’s good, it seems planned. But at what cost ?