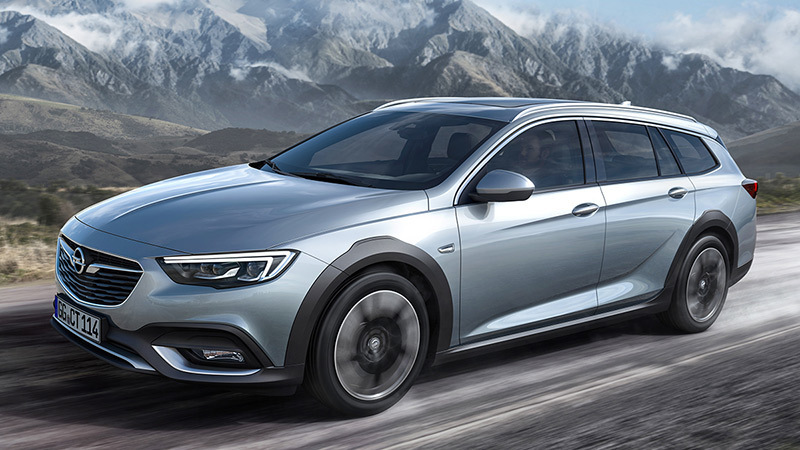 From the summer of 2017 you can buy the Insignia Country Tourer, a variant of the Insignia Sports Tourer – the family body – with 2 cm more ground clearance, total traction and some changes in its appearance. Deliveries will begin during the last quarter of the year.

At the moment Opel has not communicated which engines will be available. Yes it says it will have a new Diesel that will be the most powerful of the range fueled by diesel.

The all- wheel drive system automatically connects to a rear differential in which two multi-disc clutches are housed. When open, the Insignia works with front-wheel drive; When closed, with four-wheel drive. These clutches are actuated separately, which allows to manage individually the torque in each wheel and to modulate it according to the degree of coupling of each clutch. This is achieved by acting on the path of the car in the curves to, for example, reduce understeer by increasing the torque on the outer rear wheel.

The equipment is similar to other Insignia. Among the possible are: headlamp LEDs (called by Opel, IntelliLux LED), the assistant by involuntary lane change ,  active speed programmer  with emergency braking, cross traffic warning alert (useful to avoid accidents on leaving Back-up parking on battery, head-up information system, parking assistant, four cameras that give a zenith of what is around the body, a parking assistant or multimedia systems IntelliLink compatible with Apple CarPlay and Android Auto.

The lower parts of the body – bumpers, lower doors and wheel arches – are coated with unpainted plastic. The roof bars support 100 kg and the rear seats can be folded in three parts (40:20:40) to introduce bulky objects.

By size, the nearest alternatives to the Insignia Country Tourer are the Audi A6 Allroad , the Mercedes-Benz E-Class All-Terrain and the Volvo V90 Cross Country but for price will be the Audi A4 Allroad , the Subaru Outback and the Volkswagen Passat Alltrack .

Opel already had in the previous generation of the Insignia a car with this same name and characteristics.