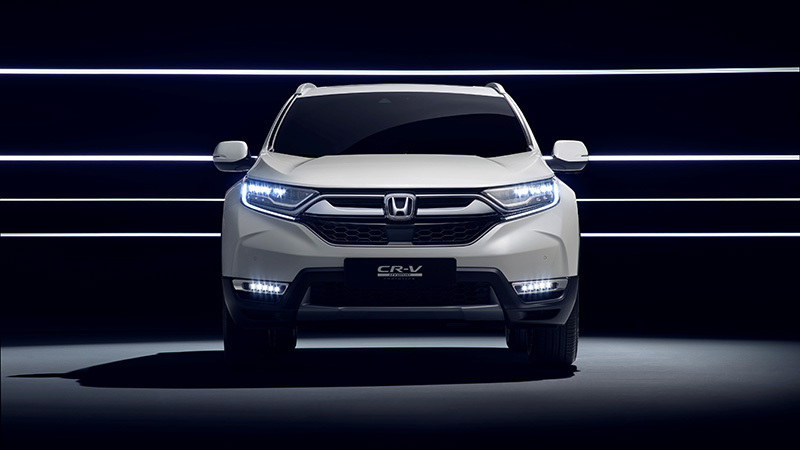 Honda introduced the fifth generation of the CR-V in late 2016 in the United States. It has been on sale since the beginning of 2017. However, the version intended for the European market has not gone beyond details until September 2017, when this prototype was launched.

According to Honda, the CR-V Hybrid Prototype features the hybrid technology that will be available in the new CR-V and also faithfully displays the look of the European version of the CR-V, which will be launched in 2018. Honda has said that there will be versions with diesel engine, but a hybrid and another of gasoline.

The propulsion system of this hybrid prototype (Honda i-MMD, Intelligent Multi-Mode Drive) is composed of an electric motor, a 2.0-liter i-VTEC petrol engine (operating under the Atkinson cycle and whose functions are to propel the vehicle and generate electric power) and also by an independent electric motor-generator.

Honda says there are three modes of driving (EV Drive, Hybrid Drive and Engine Drive), but the driver does not have to worry about choosing them, but the car is prepared to select which one is more appropriate at any time and so manage the components of the hybrid system in the most efficient way possible.

According to Honda, the EV Drive and Hybrid Drive modes are adapted to most driving situations in the urban environment, while the Engine Drive mode is used to accelerate the car very intensely at times when the driver requires it and also to achieve an optimized consumption when driving at a sustained high speed, as on a motorway.

The hybrid system does not have a conventional system of motion transmission, but its different moving components are connected by a planetary gear . The details of this system are not yet known, but it has to work under the same principles that are used in the Toyota Prius .

The CRV 2018 can also be ordered with a petrol engine of 1.5 liters of displacement associated with a six-speed manual gearbox or a CVT (continuous drive) automatic.