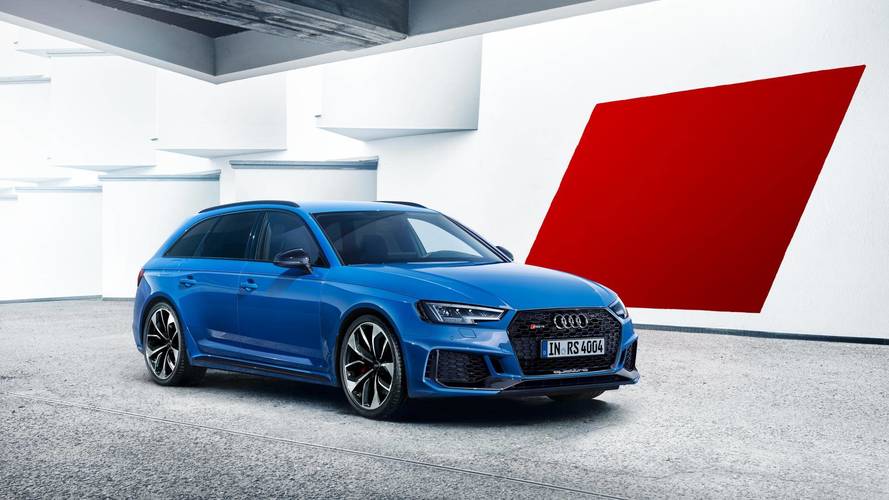 In the midst of autonomous concepts and electrical prototypes, it is undoubtedly the one that made the most of the visitors of the 2017 Frankfurt show on the Audi stand: the new Audi RS 4 Avant ! And it will not have been long before the dream becomes reality with the opening on November 9 orders for this break in which any family father imagines going to drop the children in front of the school. And from which any child is projected to go down in front of his friends …

But to afford this sports wagon, it will still pay a minimum check of € 92,000 on the French market, well beyond the 79,800 € claimed from our neighbors across the Rhine. .

Note that for 92\’000 €, you do not benefit from the RS dynamic pack which increases the maximum speed limited electronically from 250 to 280 km / h.

The arrival at the control of this new Audi RS 4 Avant is also an opportunity to remake a retrospective on previous generations of the model. And it was in 1999 that the RS 4 was equipped for the first time with a twin-turbo V6, the first supercharged biturbo engine from Audi. The power was then 380 horses, while the 0 to 100 km / h was in 4.9 seconds. And if 6300 copies of the first Audi RS 4 were produced, it\’s double what Audi had originally planned. But the success of RS 4 was immediate. We will see on the new RS 4 Avant will walk in the footsteps of his eldest!