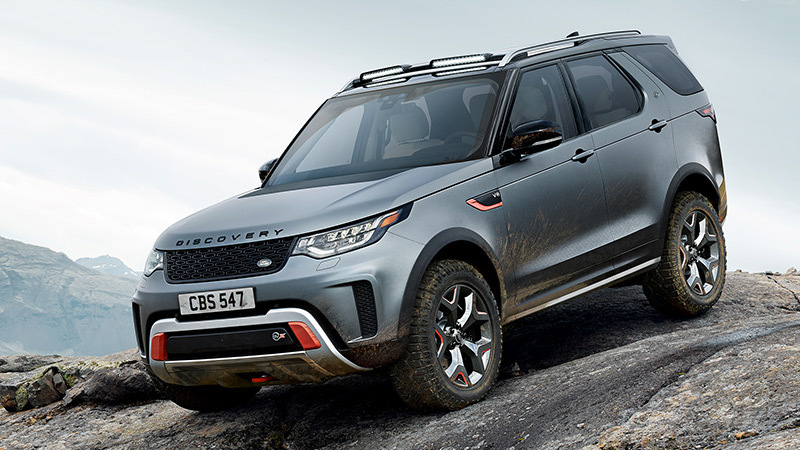 2018 Land Rover Discovery SVX, It is the most powerful version of the Discovery range  and also the one that is best suited for driving on unpaved surfaces. Its production will take place at the Land Rover Special Operations Vehicle Center (SVO) next year.

It has a petrol engine of 5.0 liters and 525 horsepower, supercharged by a compressor . There are several models of Jaguar and Land Rover that have an engine of similar characteristics, although with different levels of power.

2018 Land Rover Discovery SVX suspension has modificated so that the body is further away from the ground and has better angles of attack, exit and ventral. These changes have involved, among other things, modifications in the pivots and the shock absorbers. The tires are a Goodyear Wrangler whose measurements are 275/55 R20.

It incorporates the system Land Rover calls Hydraulic Active Anti-Shake Control (H-ARC) that allows a better suspension behavior in the field and improves traction capacity; at the same time, reduces the body balance on asphalt surfaces.

The Terrain Response 2 system is specially calibrated for this vehicle; there is also the eight-speed automatic transmission, which has a different lever, “gun” , so that the driver “has optimum control of the section of gears during off-road maneuvers”. Land Rover has also modified slope descent control, stability control, traction control, power steering or the so-called ‘All-Terrain Progress Control’. It is used to start the ride on slippery surfaces and maintain a constant and low speed without the driver having to worry about accelerating or braking, just to control the steering wheel.

The gray shade that covers most of the body is called Tectonic Gray. There are details that are painted in silver, orange and black. The bumpers are specific and have metal eyelets. Both on the front and the back are integrated electric winches. The roof bars are fitted with two sets of additional lights to improve visibility in night driving.