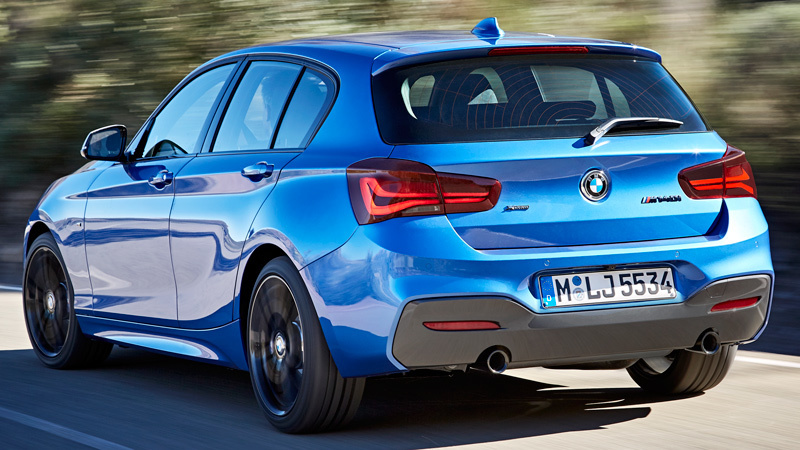 BMW launches the Series 1 2017 for 25 350 euros. Prices whole range hardly vary with respect to the model it replaces, the Series January 2015 , and placed in an intermediate point between its main alternative, the Audi A3  and  Mercedes-Benz A-Class .

The 2017 model is distinguished by very light aesthetic changes and equipment. There are no mechanical modifications and the range of motors remains unchanged. This is composed of five gasoline engines – between 109 and 340 horses – and three Diesel – between 116 and 190 horses. The body can be 3 or 5 doors.

Advantage Line, Urban Line, Sport Line and M Sport- BMW have added three more: Edition Sport Line Shadow, Edition M Sport Shadow and M140i Edition Shadow. In all of them the frame of the grill is black instead of chrome, the headlights and the lights are darkened and the exhaust outlets are painted black.

Inside is a novelty the design of the dashboard in the area that is in front of the passenger , the completion of the center console in its lower part (the one that surrounds below the controls Of the air conditioner), the blind to cover the recess of the cup holders in front of the gear lever, the instrumentation, some chrome trim on the controls of the windows and the multimedia system, which receives a software update. Also available is a new leather upholstery called Dakota Cognac.

The Series 1 2017 has the same driving aids technologies as the Series 1 2015, such as a traffic signal recognition system , an alert for inadvertent lane change and an active speed programmer with stop and start function Automatic in brief stops.