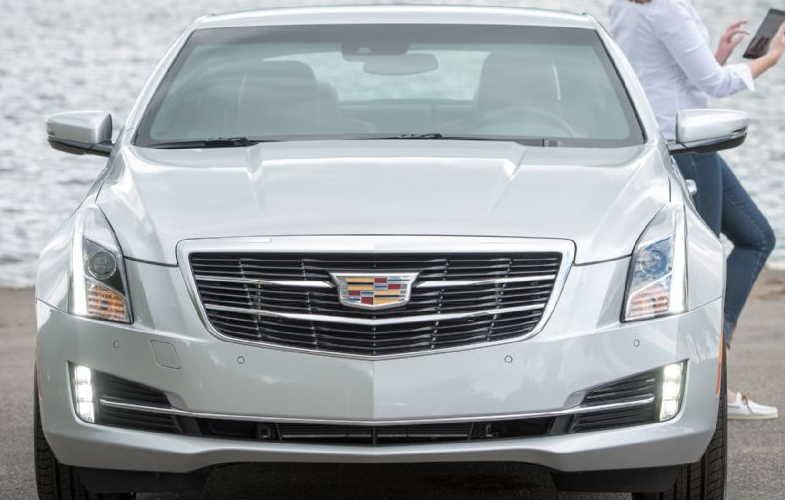 2016 Cadillac CT6 Body and Release Date – Cadillac’s ambition to deliver German- and Japanese-style luxury and performance in an American-cooked package has not abated. The forthcoming 2016 Cadillac CT6 takes on the most hallowed of German executive shuttles: the Audi A8, BMW 7 Series and Mercedes-Benz S-Class. The Lexus LS and Jaguar XJ can also be counted among this elite group that Detroit’s prestige badge intends to join.

The Cadillac CT6, which will be a bit smaller than a Mercedes-Benz S-Class but larger than the midsize CTS, also will be the first to use an engine, or engines, from GM’s upcoming four-/six-/eight-cylinder family. We have learned that while a CT6 Vsport has been approved for production, there’s no word on a CT6-V yet, so some sort of turbocharged- or supercharged-six seems likely.

The design of the model will be evolutionary so don’t expect any influences from the Ciel or from the Elmiraj concept cars. This will be priced and sized between the BMW 5-Series and the BMW 7-Series, the Mercedes-Benz E-Class and the Mercedes-Benz S-Class and between the Audi A6 and the Audi A8. The larger CT9, a true S-Class rival, whose name hasn’t been confirmed yet, is already in the works. The CT6 (Cadillac Tourer 6) will be officially presented to the public next year, at the 2015 New York Auto Show, in April.

Platform: The CT6 will use Cadillac’s upcoming Omega II platform, which we suspect also will underpin the brand’s true flagship—be it a coupe inspired by the stunning Elmiraj concept or a bigger, more opulent sedan. As these photos clearly show, the CT6 will get a longer and more regal hood, a bigger passenger cell with more of that all-important back-seat space, and a heaping of ground-hugging presence. Still, it appears as though most of the CTS’s basic look carries over to this CT6 prototype; that car’s wide-set headlights and LED fascia accents are visible through the camouflage, as is Cadillac’s signature grille design. The roofline also is similar to the CTS’s and the rear end doesn’t look like it breaks much new ground. These CTS associations are fine by us, given the mid-sizer’s chiseled good looks.

Powertrain: We doubt Cadillac will whip up a new powertrain just for this sedan, especially if the brand has confidence its flagship will get done sooner rather than later. Figure on the CTS Vsport’s twin-turbocharged 3.6-liter V-6 making the cut as the CT6’s base engine (or even the CTS’s mid-range, naturally aspirated 3.6-liter V-6), while a version of the latest, fifth-generation GM small-block V-8 could be made the optional engine. All-wheel drive will be an option as well, ensuring sales in northern markets. Finally, look for eight-speed automatic transmissions all around.

The interior should boast the full complement of Cadillac style and technology. Expect the cabin to feature large swaths of leather, wood and aluminum trim, accented by customizable LED ambient lighting. A long-wheelbase CT6 isn’t likely, but the rear-seat area looks large enough to accommodate optional reclining seats with footrests. At the very least, there will be a vast expanse of rear legroom. Cadillac’s CUE infotainment interface is likely to come standard, and it can’t be improved, upgraded or overhauled soon enough for this premium luxury experience.

The full-size luxury sedan segment is wildly competitive. With offerings from Audi, BMW, Jaguar, Lexus and Mercedes, there’s not a bad one in the bunch. Even the Hyundai Equus is a legitimate contender in this group. But if you’re looking for what promises to be a world-class luxury sedan from a legacy Detroit brand, the CT6 should be worth the wait.

Look for the new Cadillac CT6 to go on sale in the fall of 2015, starting at around $75,000. For comparison, a base model BMW 7 Series starts at $1,000 less. Check back for a full review of the CT6, including specs, driving impressions and buying advice as it becomes available.

By Cheryl Chernobyl
In Cadillac