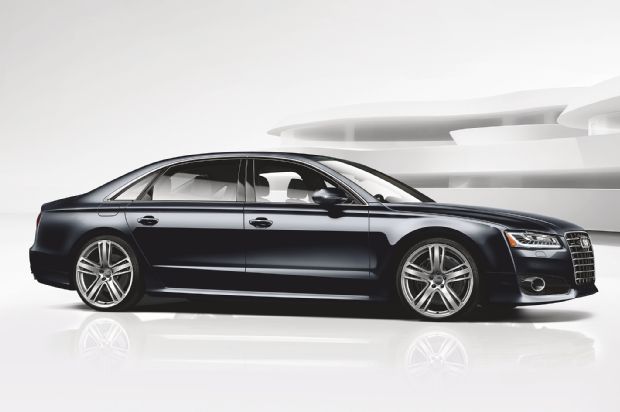 2016 Audi A8 L, If you\’re searching for a full-size luxury car brimming with power, odds are you\’ll look at an automaker\’s range-topping performance model like the Mercedes-AMG S63 or the Audi S8. But if you don\’t like all the panache that comes with one of those cars, you\’re often left to sacrifice most of that power, as well. That\’s where Audi\’s A8 L 4.0T Sport comes in — it\’s the just-right bowl of porridge in this story. 2016 Audi A8 L

Audi has revealed its 2016 model year A8 L 4.0T Sport. That’s a whole lot of letters and numbers, but it basically boils down to a warmer A8 long-wheelbase version that slots below the super-powered S8.

This year, Audi has turned up the heat on the 4.0T Sport to 450 horsepower, up 15 horses from the previous year. The same 4.0-liter twin-turbocharged V8 is underhood but the luxury liner now wears a more aggressive body. The front bumper side skirts, and rear bumper have been lowered to create a squat stance.

Also new is the A8 L’s set of 20-inch multi-spoke alloy wheels wrapped in all-season tires, or for more coin, buyers can add 21-inch wheels wearing summer tread. The 2016 model year has done away with some of the previous year’s chrome trim as well.

On the inside, the 4.0T Sport comes standard with the car’s Executive and Luxury option packages, which include diamond-stitched leather seats, an Alcantara headliner, and a panoramic sunroof. Other options include a Driver Assistance package with active-safety features and a $6,300 Bang & Olufsen sound system.

A blind-spot monitor will help prevent you from changing lanes into traffic, while Pre-Sense Rear can detect an imminent rear-end collision, tightening the seat belts and adjusting the seat and windows to better protect occupants. Buyers can also opt for adaptive cruise control that works in stop-and-go traffic.